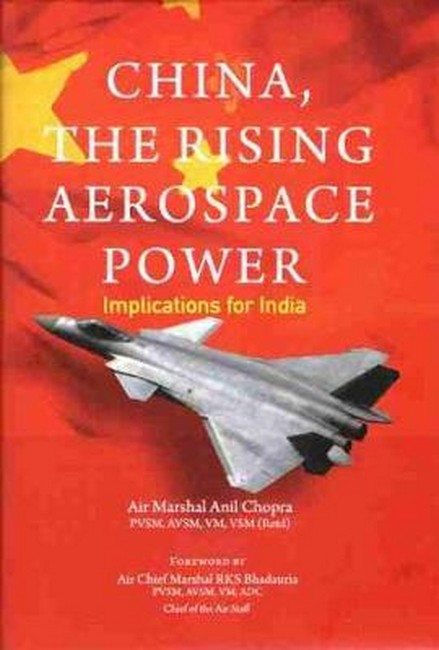 Implications for India by Chopra, Ail Code: 60158 Format: Hardback / 316 pages Publication date: 18/02/2021 Availability: Available. Usually dispatched 1-3 business days Price: AU $62.70
Among the many defining developments of the 21st Century is the Rise of China in every sphere of economic and military power. The world is going through a period of strategic uncertainty as China seeks to dislodge the United States as the leading power in Indo-Pacific region. While USA wants a "uni-polar world, but a bi-polar Asia", China is clearly working towards a "bi-polar world and uni-polar Asia". In its quest for what it thinks is its rightful place, China believes that the one who controls aerospace, controls the planet. China has been investing heavily in "aerospace" technologies and capabilities, which has been part of its so-called "peaceful rise" strategy. China has had major boundary disputes with a large number of its neighbours, including India. It has often tried to use muscle-flexing approach to resolve them. Chinese rising military power thus has implications for India. This book, China The Rising Aerospace Power - Implications for India is aimed at comprehensive evaluation of how the Chinese aerospace technologies, industrial capability, the People's Liberation Army Air Force (PLAAF) and various other elements of air and space are getting into place. In the very dynamic, and continuously evolving scenario, the book is meant to be a one stop place to understand the current status and unfolding future of Chinese aerospace power.
Format: Hardback
Pages: 316
Availability: Available. Usually dispatched 1-3 business days
Publisher:
Publication date: 18/02/2021
Country of publication: INDIA
Weight: 0 g
Dimensions: 0.00mm X 0.00mm
Code: 60158