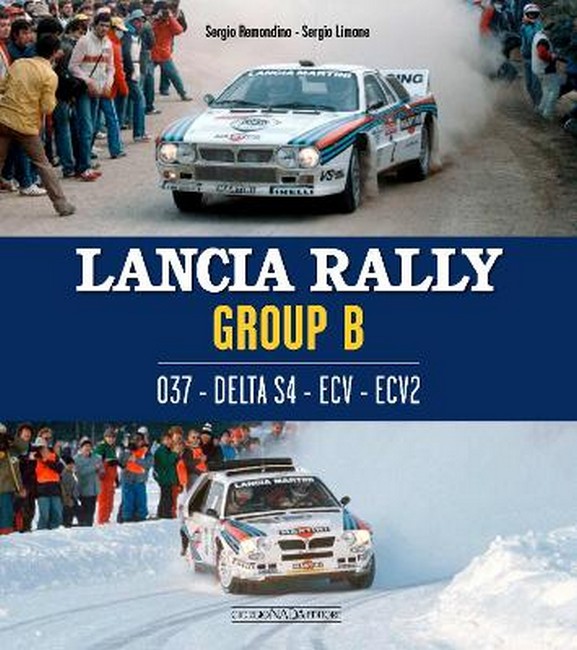 The Group B cars marked one of the most thrilling yet most tragic periods in the history of world rallying and beyond. The 037, the S4, the EVC and the ECV2, "ephemeral player" of a still-born Group S, were the unforgettable protagonists of the 1982-1986 seasons that for the Lancia marque were constellated by a series of World, European and Italian titles, but also by terrible accidents that cost the lives of firstly Attilio Bettega and then Henri Toivonen and Sergio Cresto. Sergio Remondino, a historic journalist and great expert in the multifaceted field of rallying, traces that unforgettable era, year by year, through a text rich in anecdotes and thanks to the contribution of the engineer Sergio Limone, one of the artificers of the Group B cars. This invaluable book is completed by the evocative images of Reinhard Klein, one of the most successful rallying photographers.

Born in Turin, the architect Sergio Remondino is first and foremost a car and motorsport enthusiast. He began his journalistic career in 1979, joined the Autosprint editorial staff in 1989 and remained there for almost 30 years, becoming editor-in-chief of the "racing weekly" and editing the monthly Rallysprint. During the course of his career, Remondino has written a number of books including Sandro Munari. Una vita di traverso and La storia dei rally published by Giorgio Nada Editore, the latter in two editions. Born in Turin, Sergio Limone graduated in engineering with a design thesis on the Formula Monza single-seater. He joined Abarth in 1972 and remained with the Scorpion marque through to pensionable age in 2005. He became one of the pillars of the group of engineers who gave birth to so many successful competition cars. Limone may be considered to be the "father" of the Lancia Rally 037, but he also played a crucial role in the development of the various Deltas, from the S4 Group B to the Group A.