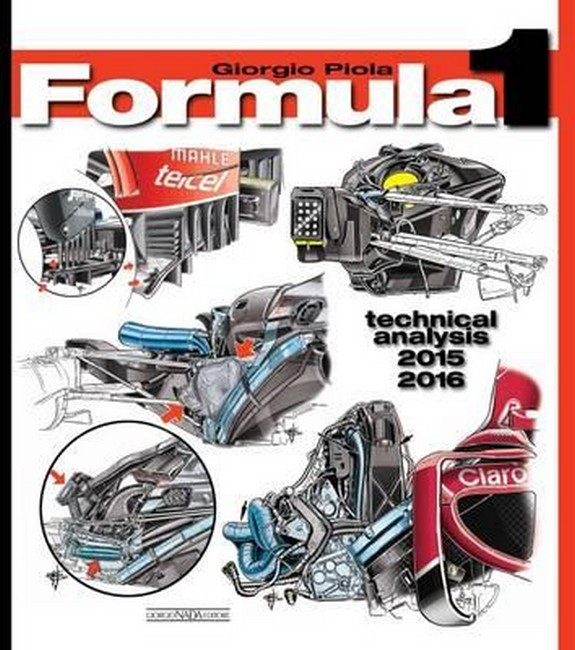 As with previous years, 2015 was one in which Mercedes-Benz dominated both the drivers and constructors- championships. The German manufacturer confirmed the technical advantage it had derived from the introduction of the revolutionary power unit, which first appeared in 2014. In place of Red Bull, which fell into disgrace after a media conflict with engine supplier Renault, it was Ferrari that attempted to stand up to the Silver Arrows. Side issues were the stories of a Williams wanting to come back and battle for the title; McLaren with a new but not very effective Honda engine, which touched the lowest point in the Japanese manufacturers long history in F1; and the other leading teams of a season that ended with the official announcement of Renaults return, having acquired Lotus. Offering a precise analysis of this latest F1 championship, especially from the technical point of view, there is once again Giorgio Piola. A hundred or so all-colour illustrations document the development of the various cars throughout the Formula 1 World Championship, and offer - as always - a wealth of information anticipating the 2016 season.