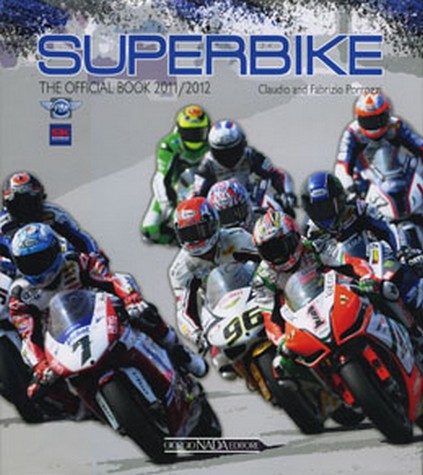 by Claudio Porrozzi Code: 25107 Format: Hardback / 192 pages Publication date: 01/07/2011 Availability: Sold Out Price: AU $57.99
The 2010 World Superbike Championship ended in victory for Italian rider Max Biaggi aboard and Italian motorcycle, the Aprilia. Now the 2011 championship is well under way with Carlos Checa and Ducati as the leaders and up to now unchallenged. Among the new aspects of this season there is the debut of another Italian rider, Marco Melandri on a Yamaha. The Superbike World Championship Official Book is now in its fourth year and, as always, aims to be the reference book of mass production-derived bikes. It is these machines that have, for many years, constituted the soul of motorcycle racing, uniting competition with a high technological content without ever overlooking their closeness to the normal road bikes. This is another book in the series that recounts the new world championship race-by-race, in particular through the spectacular pictures taken by Fabrizio Porrozzi, with precise text by his brother Claudio. As well as news of the maximum championship, the book also includes chapters on the other categories in the series, Supersport, Superstock 1000 and Superstock 600, which complete the packed programme of the SBK World Championship.
Format: Hardback
Pages: 192
Illustration: COLOUR THROUGHOUT
Availability: Sold Out
Publisher: GIORGIO NADA EDITORE
Publication date: 01/07/2011
Country of publication: ITALY
Weight: 1386 g
Dimensions: 270.00mm X 243.00mm
Code: 25107