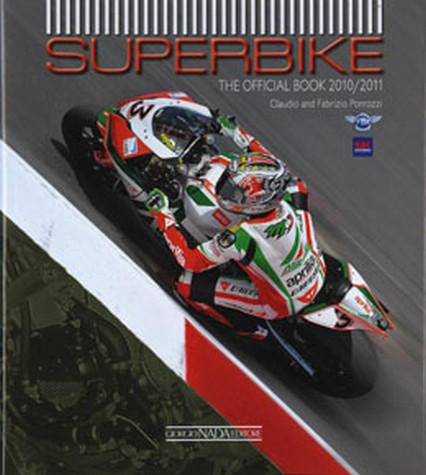 by Claudio Porrozzi Code: 23694 Format: Hardback / 192 pages Publication date: 01/07/2010 Availability: Sold Out Price: AU $57.99
Publisher's Notes: The World Superbike Championship has always been considered a spectacle for the more technical enthusiast. The modified mass production bikes, that constitute the very soul of sports motorcycling, representing the point of contact between the most advanced technology and the machines that we see darting along the public roads every day. The official Superbike World Championship book has always tried to transmit this important fact through its pictures. From the 2010 edition, that message is further developed and goes even deeper into the technical aspects of the sport, so extremely interesting to the most competent fans. But as well as the bikes, the men of the category are able to maintain close contact with their public. That is why champions and their colleagues recount their human side as well as their sports career, aspects to which ample space has been given in the Superbike annual. There is no lack of chapters devoted to other categories (Supersport, Superstock 1000, Superstock 600), which complete the world championship programme. All highlighted by the most spectacular pictures of the season.
Format: Hardback
Pages: 192
Availability: Sold Out
Publisher: GIORGIO NADA EDITORE
Publication date: 01/07/2010
Country of publication: ITALY
Weight: 1270 g
Dimensions: 270mm X 243mm
Code: 23694