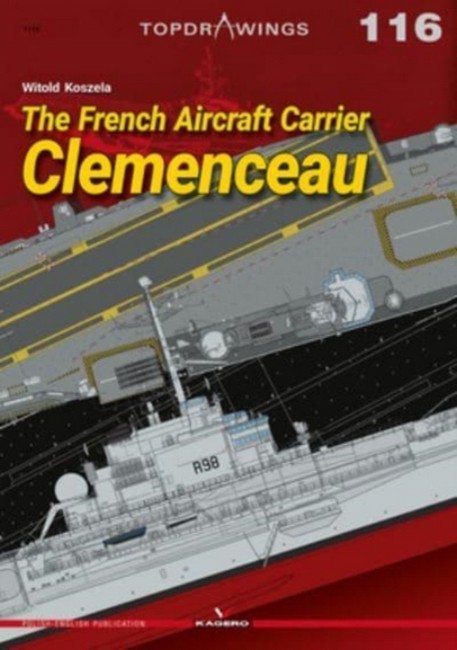 The French aircraft carrier "Clemenceau" is one of the largest and most powerful ships that served the Marine Nationale. Her keel was laid in November 1955 at the Brest Arsenal Ch. Atlantique in St. Nazaire, and she was launched two years later - on December 21st, 1957. Together with the twin "Foch", it was built on the basis of a project developed from the beginning of the 1950s, which included almost all of then novelties that were introduced in the construction of this type of ships. Therefore, she received, among others: a sloped flight deck with two lifts, mirror systems facilitating the approach to landing, means of observation enabling early detection of surface units and means of air attack, and modern catapults adapted to work with jet aircrafts with a large take-off mass. The length of the flight deck was 257 meters, the main runway was 165.5 metres long and 29.5 meters wide, with a deviation from the centre of the ship by 8 degrees. The hangar below it was 180 meters long and 22 meters wide. In more than forty years of service, which began on November 22, 1961, the "Clemenceau" performed countless tasks in both European and Pacific waters. She supported the activities of the land forces, incl. in former French colonies and during nuclear tests. Together with "Foch", she formed one of the strongest task force in the Mediterranean region and the waters of Western Europe. drawing sheets, colour profiles.