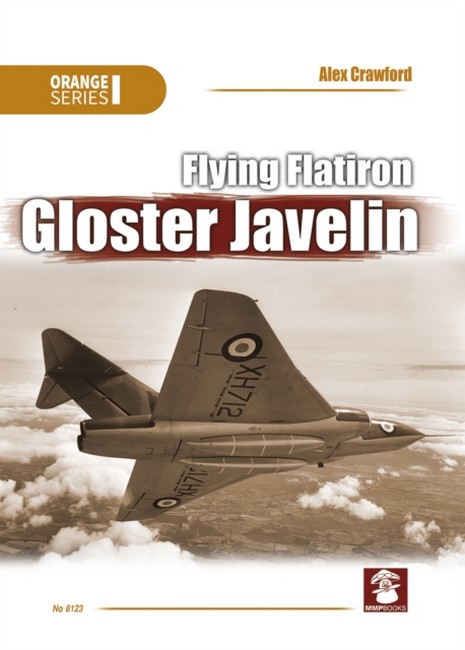 by Crawford, Alex Code: 60714 Format: Paperback / 60 pages Publication date: 01/12/2021 Availability: Future Publication. Pre-order now. Due date: December 2021 Price: AU $63.80
The Flying Flatiron' was the nickname given to the Gloster Javelin. Designed from the outset as an all-weather day and night two-seat fighter, its aim was to take on the large formations of Russian bombers that everyone thought would herald the start of WWIII. This 15-ton behemoth was the first delta wing aircraft to enter RAF service. It was also the first RAF fighter to be armed with 4 de Havilland Firestreak air-to-air missiles, and the last aircraft to bear the Gloster name. Constant changes in the specification and design, plus cut backs in the number of prototypes built caused numerous delays. The Javelin entered service in early 1956 and served as a front line fighter for the next 13 years. Flying in Europe, the Middle East and the Far East the Javelin defended the dwindling British Empire. It never met the enemy it was designed for. Instead it ended its days flying low over the Borneo and Malaya jungle searching for insurgents, but it soldiered on and performed all the tasks that was asked of it.
Format: Paperback
Pages: 60
Illustration: B&W THROUGHOUT
Availability: Future Publication. Pre-order now. Due date: December 2021
Publisher: MUSHROOM MODEL PUBLISHING
Publication date: 01/12/2021
Country of publication: POLAND
Weight: 0 g
Dimensions: 297.00mm X 210.00mm
Code: 60714