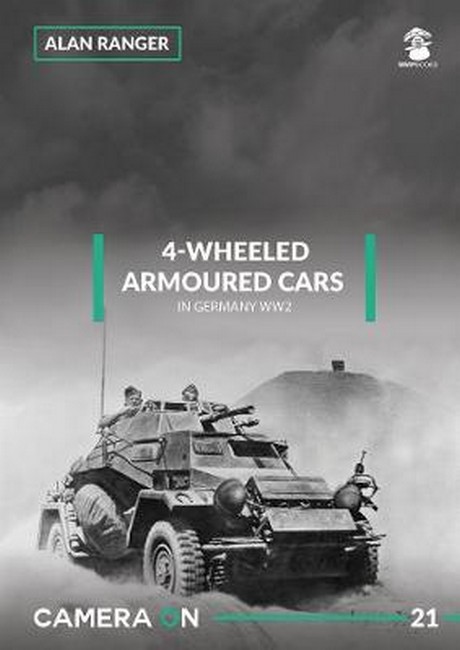 by Ranger, Alan Code: 58223 Format: Paperback / 80 pages Publication date: 28/06/2020 Availability: Future Publication. Pre-order now. Due date: June 2020 Price: AU $31.13
Germany was at the forefront of the development of armoured cars during the First World War. In the early 1920s, the "Zusatz von Bologne" which was an amendment to the Treaty of Versailles allowed the German Army to produce armoured cars primarily for policing duties and eventually this gave rise to the military Sd.Kfz.13 series in the early 1930s. This publication covers German 4-wheeled cars in great photographic detail, focusing on the armoured cars and their crews as they dealt with the conditions and circumstances in which they found themselves. Rare photographs from the author's own collection have been used to illustrate this book; they were taken by ordinary German soldiers not by official army cameramen whose images are already well known to enthusiasts.
Format: Paperback
Pages: 80
Illustration: B&W THROUGHOUT
Availability: Future Publication. Pre-order now. Due date: June 2020
Publisher: MUSHROOM MODEL PUBLISHING
Publication date: 28/06/2020
Country of publication: POLAND
Weight: 0 g
Dimensions: 297mm X 210mm
Code: 58223