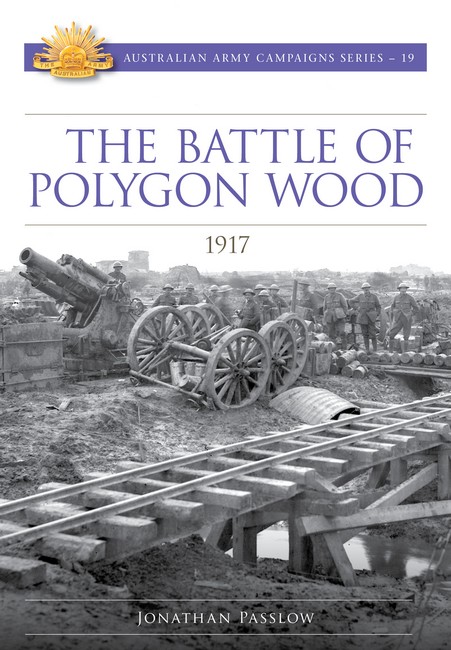 Buoyed by the success of the 1st and 2nd Australian divisions in the Battle of Menin Road, the men of the 4th and 5th Australian divisions filed into the front line ready for the next phase of the battle. Ahead of them lay the blackened remnants of Polygon Wood, a desolate expanse of splintered stumps shattered by the devastating shellfire. The view across no man’s land revealed lines of German barbed wire and a criss-cross of heavily defended trenches. Here and there the Australians could also see solid concrete pillboxes dotted around the landscape. In the centre of the battlefield sat a huge man-made mound of earth — the Butte. Once the stop-butte for an old artillery range, this dominating feature was fortified with machine-guns, laced with barbed wire and riddled with tunnels and dugouts.The Battle of Polygon Wood was the second phase in the British forces’ advance on Passchendaele. Success at Polygon Wood would place Broodseinde Ridge within the Second Army’s reach. But the entire operation was almost blindsided by a German counter-attack on the eve of the battle. The critical situation on the Anzac Corps right was only saved by Pompey Elliott’s 15th Brigade whose desperate efforts to contain the German attack and seize the Second Army’s objectives turned a ‘fine success’ into a ‘splendid victory’. But, as author Jonathan Passlow describes in Polygon Wood 1917, this was a victory that was by no means assured and in which luck would play its part.

Jonathan Passlow graduated into the Royal Australian Artillery from the Royal Military College, Duntroon, in 1994. He served in a variety of regimental and staff appointments before leaving the Regular Army in 2001. He completed his doctoral thesis in 2015, analysing the role of intelligence in the planning and conduct of the AIF’s battles in the First World War. Polygon Wood 1917 is his first book.