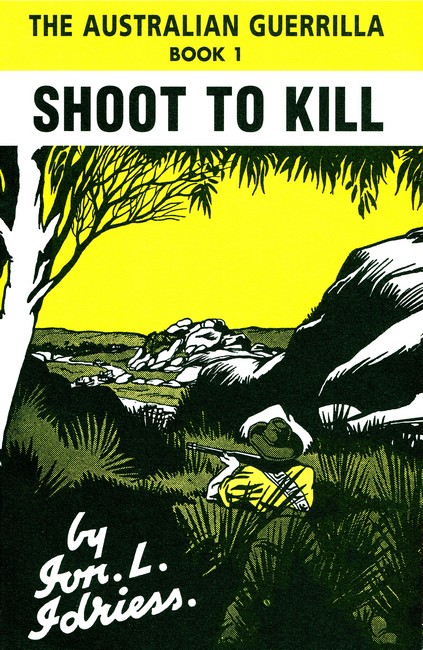 This book is the first in the Australian Guerrilla series by the author of The Desert Column, and one who was a sniper in World War 1. Published in 1942 with the imminent threat of invasion by the Japanese, this shows how one can become an expert with the rifle. Written in his characteristic, colloquial style, Idriess reveals the secrets of the dead shot. What to do and what not to do are impressed upon the budding rifleman. He brings out clearly the importance of apparently trifling points. No more opportune book could have been published. Australia had been bombed for the first time. Invasion loomed on our northern frontiers…

Ion Idriess (1889—1979) is one of Australias best-loved writers, with fifty-six books to his credit and millions of copies sold. When he returned from the First World War he wrote The Desert Column, about his experiences with the 5th Light Horse. Prospecting for Gold was his first major successful work; it immediately sold out and was reprinted constantly in the following years, as were many of his books. Idriess spent much of his life travelling throughout Australia, collecting material for his true-life stories, including Flynn of the Inland, The Red Chief and Nemarluk. He was awarded the O.B.E. in 1968 for his contribution to Australian literature.