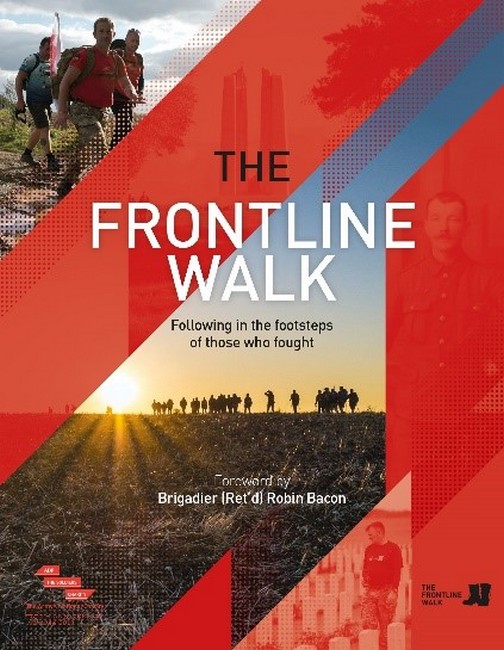 Following in the footsteps of those who fought by Whenham, Terry Code: 59415 Format: Hardback / 192 pages Publication date: 28/12/2020 Availability: In Stock. Usually dispatched same business day from Sydney, Australia Price: AU $44.99
This book tells the story of the Frontline Walk, a sponsored walk across the former battlefields of the Western Front supporting the work of ABF The Soldier's Charity. The service charity was estalised in 1944, working with army veterans of every conflict and to support future generations and their dependants. This book uncovers the stories behind those who participated in the walks since 2014, why they took part and what it meant to them and how they discovered more about their forebears who very often served in the First World War on the terrain being discovered during these events. It also tells the stories behind some of those who have been affected by conflict and the work that the charity has done to help rebuild their lives. Illustrated throughout and with accompanying maps, this book can be used to uncover the routes taken and explore the stories behind those and the actions of the time with proceeds going towards the ongoing work of the charity.
Format: Hardback
Pages: 192
Illustration: B&W THROUGHOUT
Availability: In Stock. Usually dispatched same business day from Sydney, Australia
Publisher: UNICORN PRESS
Publication date: 28/12/2020
Country of publication: UNITED KINGDOM
Weight: 1180 g
Dimensions: 278mm X 216mm
Code: 59415