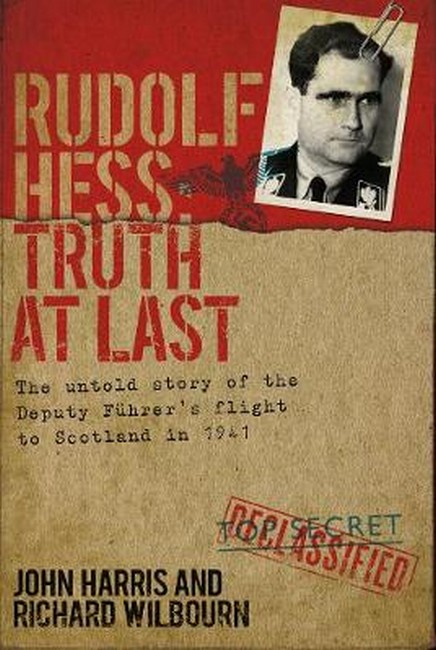 Truth at Last by Harris, John Code: 59063 Format: Paperback / 256 pages Publication date: 01/06/2020 Availability: In Stock. Usually dispatched same business day from Sydney, Australia Price: AU $34.99
The latest book from John Harris and Richard Wilbourn continues to build on their longstanding research into the Hess mystery over 25 years. Slowly, the fog that has descended over the Hess case is beginning to clear and Harris and Wilbourn expand here on the implications of their recent findings. There is now little doubt that MI6 were heavily involved in the Hess affair and this involvement is clearly described and explained. What is not so clear is whether MI6 was acting alone, outside of the incumbent Churchill government, in an attempt to be able to offer a viable peace between Nazi Germany and factions within Great Britain. These factions would much rather have preferred a negotiated settlement to a bloody invasion attempt in the summer of 1941. In order to enter into such negotiations MI6 recruited a Finnish Art historian, Tancred Borenius and sent him to Switzerland in January 1941. Additionally the role of the Polish government in exile is closely examined and in particular the role of Josef Retinger, the arch federalist. The evidence would now suggest that a separate peace was being negotiated, outside of governmental channels. That is why Hess flew to Scotland.
Format: Paperback
Pages: 256
Illustration: B&W THROUGHOUT
Availability: In Stock. Usually dispatched same business day from Sydney, Australia
Publisher: UNICORN PRESS
Publication date: 01/06/2020
Country of publication: UNITED KINGDOM
Weight: 480 g
Dimensions: 234mm X 156mm
Code: 59063