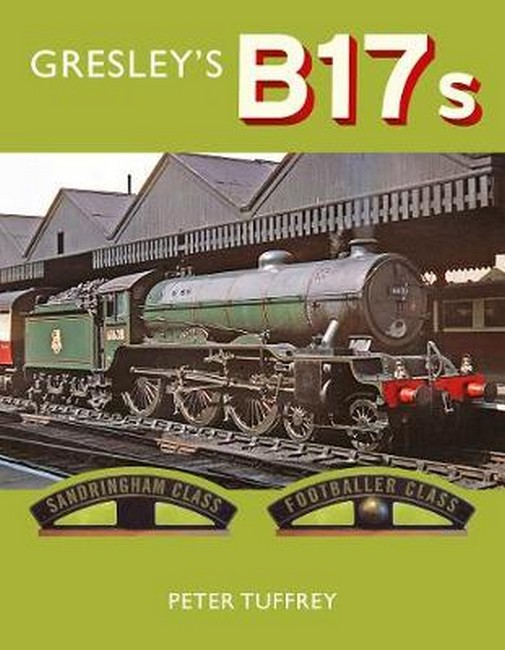 Gresleys B17s explores the career of this steam locomotive passenger class from its introduction in 1928 to withdrawal in 1960 Designed by the London & North Eastern Railways world-renowned Chief Mechanical Engineer Sir Nigel Gresley, the engines were predominantly employed in East Anglia - an area for which the class was especially produced - and on the ex- Great Central Railway routes. The book captures the vast majority of the 73 class members at work, with over 180 superb colour and black and white images. Some of the places included are: Liverpool Street station; Stratford; Romford; Parkston; Ipswich; Norwich; Yarmouth; Neasden; Leicester; Nottingham; Sheffield; Manchester; Doncaster. Split into three sections, Gresleys B17s are illustrated in the LNER period, the immediate post-war era, with Thompson renumbering, and through to BR ownership. The photographs, which have been taken at stations, sheds, lineside and workshops, are accompanied by well-researched and informative captions. All 73 B17s ended their life in the scrapyard and with two attempts currently underway to produce new locomotives to the design, the book serves as a reminder to their importance in the history if the LNER and steam traction in Britain.