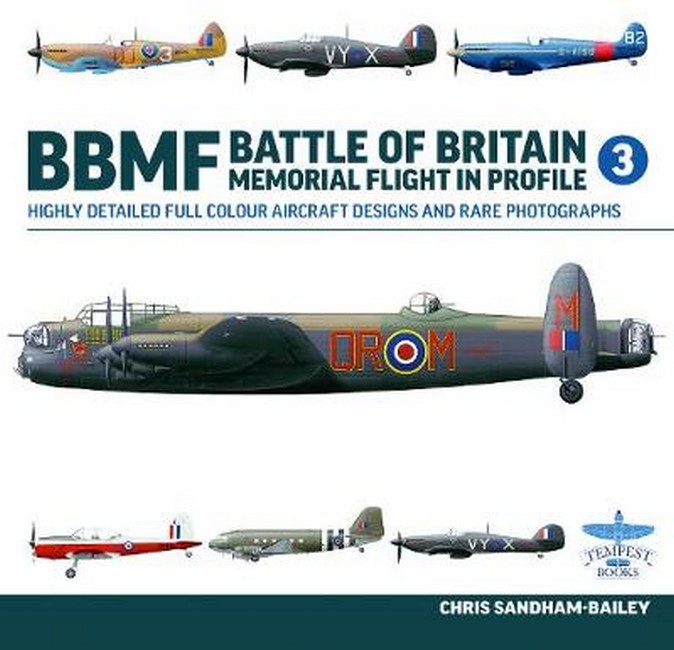 Highly detailed full colour aircraft designs and rare photographs by Sandham-Bailey, Chris Code: 60494 Format: Hardback / 200 pages Publication date: 26/09/2022 Availability: Pre Order. Release date: September 2022 Price: AU $59.99
The Battle of Britain Memorial Flight (BBMF) is a standing reminder of the heroism and sacrifice of countless British and Commonwealth aircrew who flew and fought during the Second World War. Formed at RAF Biggin Hill on July 11, 1957, as the Historic Aircraft Flight, today the BBMF's incredible collection of aircraft includes six Spitfires, two Hurricanes, one of only two airworthy Avro Lancaster bombers in the world, a Douglas C-47 Dakota and two de Havilland Chipmunks. The Flight's Second World War aircraft have survived against the odds to exist in flying condition today and this book charts each of their careers over the last seven decades or more. Author and illustrator Chris Sandham-Bailey has meticulously reproduced every known paint scheme worn by each of the aircraft - as well as gathering together an unrivaled collection of photographs to show how the appearance of the aircraft has changed. Never before have all of the BBMF aircraft liveries from the war's end to the present day been catalogued and illustrated in one publication. This book is a must for anyone with an interest in the BBMF aircraft and their histories.
Format: Hardback
Pages: 200
Availability: Pre Order. Release date: September 2022
Publisher: MORTONS MEDIA GROUP
Publication date: 26/09/2022
Country of publication: UNITED KINGDOM
Weight: 0 g
Dimensions: 232.00mm X 240.00mm
Code: 60494