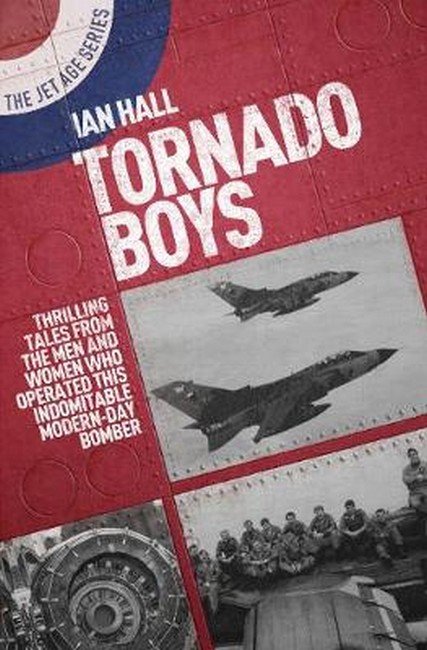 Thrilling Tales from the Men and Women Who Have Operated ThisIndomitable Modern-Day Bomber by Hall, ,Ian Code: 59249 Format: Paperback Publication date: 01/07/2020 Availability: In stock at supplier. Usually dispatched 7-15 business days Price: AU $34.99
With the introduction of female pilots to the RAF in 1994, the Tornado was among the first aircraft to be flown by both men and women. This is acknowledged in the book with a chapter written by one female pilot. Another aspect that makes this book different from the rest of the series is that it covers an aircraft which is still in active service, currently as a key player in Middle East operations. With focus on the GR1/GR4 versions of the Tornado (and not the F3 interceptor), readers will enjoy fascinating insights on what it is like to operate this multi-role bomber/reconnaissance aircraft against the backdrop of modern-day scenarios. The book starts in the 1970s with stories from operators of the Tornado as a Cold War nuclear deterrent and with tales of later 'hot' wars as seen by operational leaders in both Gulf conflicts and in Kosovo. There are also stories of Scud hunting in Iraq and of Red Flag exercises in the US, as well as of a stunning competition victory over the USAF's Strategic Air Command in their own backyard. The short-lived anti-shipping role is not neglected. With the transformation of the Tornado to GR4 standard, the book continues with chapters covering active service in support of Britain's increasingly complex international commitments and the employment of new weaponry and sensors. The various operational training patterns over the years are discussed by instructors, while there are tales from those who flew Tornados on exchange, loan and contract service with foreign air forces. Finally the book highlights the essential part played by ground crew in the Tornado story, with chapters by front-line engineers and an army ground liaison officer. All in all, through the eyes of the men and women who have operated this extraordinary aircraft, the volume presents an entertaining and illuminating series of tales and anecdotes. These light and informative stories come from those who were proud to serve on and loved to operate the impressively versatile Tornado. AUTHOR: Ian Hall is a former Commander Officer of No. 31 Squadron (1992-4), as well as being the editor and writer of the Squadron Association's three-times-a-year 32-page newsletter. He is the author of Upwards, an aviation-themed novel currently available as a Kindle download. This is his first full-length historical study, having previously penned a 80-page history of No 31 Squadron's early Tornado years.
Format: Paperback
Availability: In stock at supplier. Usually dispatched 7-15 business days
Publisher: GRUB STREET
Publication date: 01/07/2020
Country of publication: UNITED KINGDOM
Weight: 0 g
Dimensions: 234.00mm X 156.00mm
Code: 59249