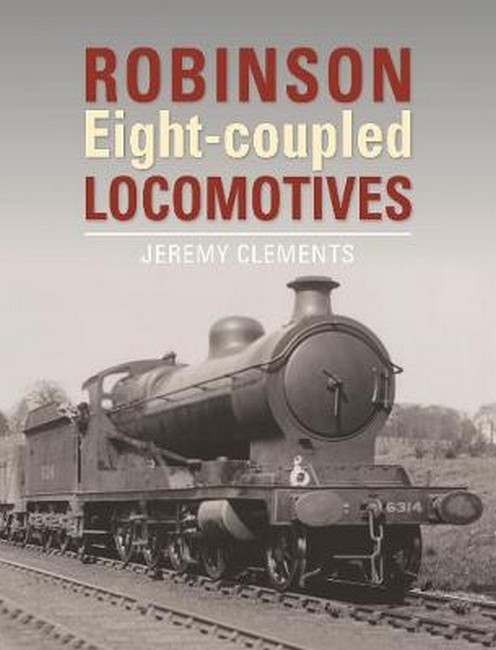 Starting in 1902 with three 0-8-0s for the Great Central Railway, J G Robinsons heavy freight locomotive fleet grew rapidly as part of General Manager Sam Fays strategy to rescue the company from financial difficulties. At Grouping, the GCR passed on 241 well-built, powerful and efficient eight-coupled locomotives to the newly formed London & North Eastern Railway. In a parallel development, the Robinson 2-8-0 was adopted in 1917 as a standard type for the Railway Operating Division of the Royal Engineers. More than 500 were constructed by several manufacturers, over 300 being sent across the Channel to support the British forces in France. Their later story included short-term loans to nine railway companies, sales to four UK companies and operators in China and Australia. In 1941, 92 were requisitioned for military service in the Middle East for deployment in Egypt, Palestine, Lebanon, Syria and Iraq and in 1952 five more were sent to Egypt. This work surveys a large, complex locomotive family that saw service on four continents between 1902 and the early 1970s. It covers the signature 2-8-0s, the original 0-8-0s, the unusual 0-8-4Ts, the 2-8-2T derivatives, Fays exploration of ten-coupled power, the sad story of the might-have-been Garratt, plus the various modifications and rebuildings instituted by Gresley and Thompson.

* A detailed, well-illustrated, in-depth survey of a large and fascinating family of locomotives. * Relatively little has been published about the Robinson eight-coupled locomotives. * Their use through the British railway network and overseas will be of interest to railway modellers as well as those interested in locomotive history.