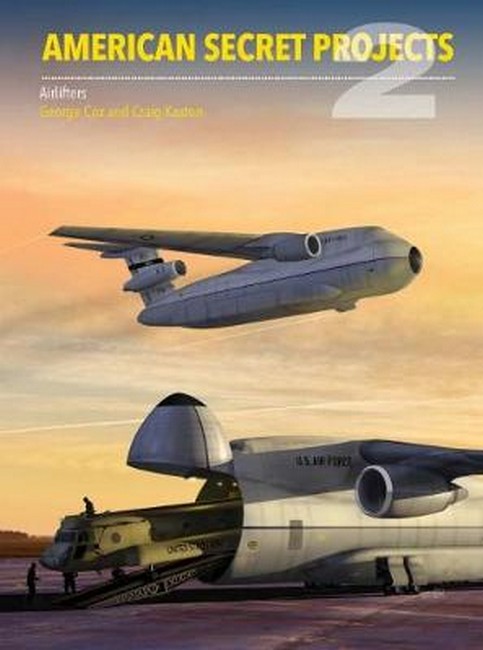 Airlifters by Cox, George Code: 56793 Format: Hardback / 208 pages Publication date: 01/07/2019 Availability: Available. Usually dispatched from UK 1-2 business days Price: AU $55.00
This book charts the history of the US airlifter from its origins in World War II to today's transport giants. In doing so, it reveals and describes numerous designs which never saw the light of day, examining the thinking behind them and giving insights into why they did, or did not, succeed. In many ways, this untold story of aviation history reflects both the changing face of conflict and the exercise of geo-political power; it has also had a major bearing on the development of civil aviation. The book has been made possible by the authors being given unprecedented access to major aerospace company archives, uncovering scores of design proposals which have never previously been revealed. It is profusely illustrated, much in full color, with artwork and three-view drawings extracted from manufacturers' archives and with photographs of original project models. As well as describing how airlifters were progressively developed to meet ever-more demanding military transport requirements, the book looks at other roles for which they were adapted, from nuclear test-beds to Space-Shuttle carriers. This previously untold story describes more than 200 unknown, or little known, designs, and contains more than 400 illustrations detailing some of the largest and most incredible aircraft ever conceived.
Format: Hardback
Pages: 208
Illustration: B&W THROUGHOUT
Availability: Available. Usually dispatched from UK 1-2 business days
Publisher: CRECY
Publication date: 01/07/2019
Country of publication: UNITED KINGDOM
Weight: 1440 g
Dimensions: 280mm X 210mm
Code: 56793