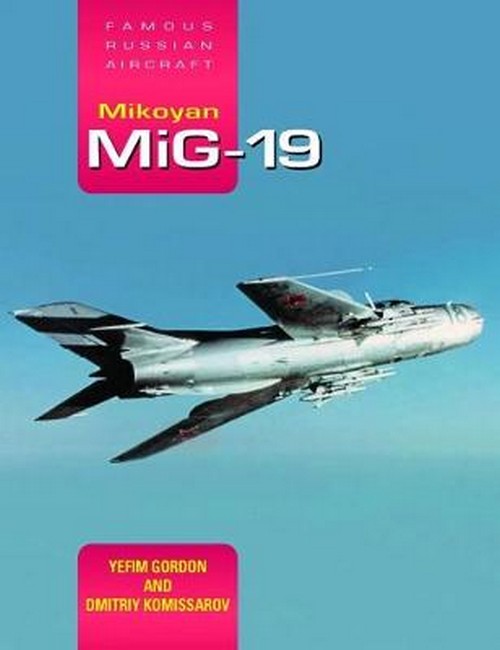 by Gordon, Yefim Code: 50463 Format: Hardback Publication date: 01/09/2017 Availability: Available. Usually dispatched from UK 1-2 business days Price: AU $75.77
Created by the famous Mikoyan Design Bureau in the early 1950s, the MiG-19 fighter was the Soviet Union's first true supersonic fighter that could exceed Mach 1 in level flight. The baseline version with conventional elevators (known to the West as Farmer-A) achieved initial operational capability with the Soviet Air Force as early as 1954, concurrently with its American counterpart, the F-100 Super Sabre. Vertical maneuverability was soon found to be inadequate and led the Mikoyan OKB to create a version with an all-flying horizontal tail--the MiG-19S Farmer-C day fighter, which was built and operated on a much wider scale. The radar-equipped first Soviet supersonic all-weather interceptor, the MiG-19P soon followed together with the MiG-19PM armed with a quartet of beam-riding air-to-air missiles. Special versions also included the SM-50 and SM-51 prototypes equipped with a liquid-fuel rocket booster to improve high-altitude performance and the SM-30 with a zero-length launch capability. In addition to serving its home country, the MiG-19 was exported to the Soviet Union's Warsaw Pact allies including China who created its own variants which had no Soviet equivalent such as the JJ-6 trainer and the radical Q-5 attack aircraft. In this latest book in the Famous Russian Aircraft series, the authors describe the MiG-19's development and its operational history at home and abroad including its involvement in conflicts in Asia and the Middle East. Over 600 black and white and color photos, many hitherto unpublished combine with color side views and cutaway drawings to provide a detailed insight for historians and modelers alike.
Format: Hardback
Availability: Available. Usually dispatched from UK 1-2 business days
Publisher: CRECY
Publication date: 01/09/2017
Country of publication: UNITED KINGDOM
Weight: 2155 g
Dimensions: 279mm X 216mm
Code: 50463