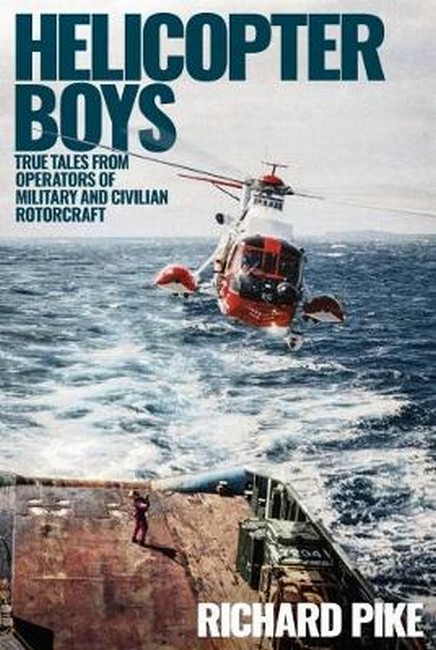 True Tales from Operators of Military and Civilian Rotorcraft by Pike, Richard Code: 51533 Format: Hardback / 184 pages Publication date: 01/08/2018 Availability: Available. Usually dispatched from UK 1-2 business days Price: AU $40.74
Helicopter Boys is the latest addition to Grub Street's Boys series from acclaimed author Richard Pike, exploring the role of helicopters in military and civilian situations. With over fourteen contributors, Helicopter Boys contains stories of the diverse nature of helicopter operations. From the dramatic war scenes during the Indo/Pakistani war which saw one pilot's actions earn him a VrC gallantry award to the experience of Chinook pilots on board the Atlantic Conveyor during the Falklands War. Then there are the civilian tales from rescue missions in the Outer Hebrides to being a pilot across the world in places such as Australia and Nigeria. There is also a focus on the Piper Alpha disaster in 1988 which saw the loss of 167 lives. The book ends with Pike's experiences in Kosovo, helping to distribute emergency humanitarian aid on behalf of the United Nations World Food Programme shortly after the war ended in 1999. Each story is told with great detail conveying the action and excitement that helicopter pilots experienced with each operation. The scope, flair and pace of the writing in this book will appeal to the general reader as well as to the enthusiast.
Format: Hardback
Pages: 184
Illustration: B&W THROUGHOUT
Availability: Available. Usually dispatched from UK 1-2 business days
Publisher: GRUB
Publication date: 01/08/2018
Country of publication: UNITED KINGDOM
Weight: 520 g
Dimensions: 234mm X 156mm
Code: 51533