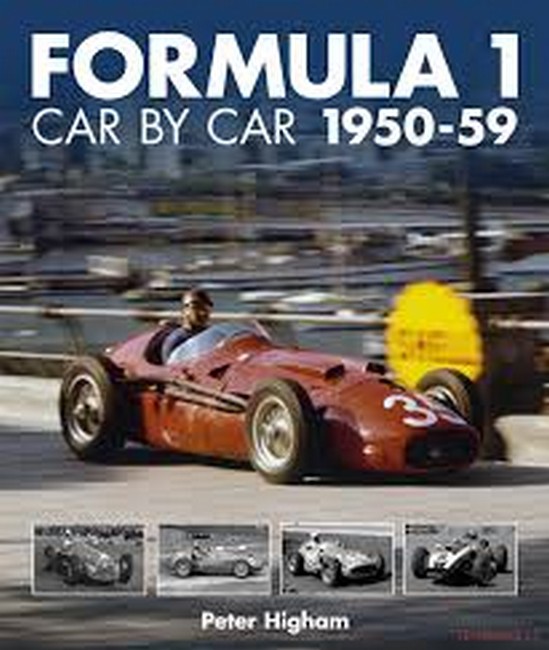 The formative years of the 1950s are explored in this next instalment of Evro’s decade-by-decade series covering all Formula 1 cars and teams. When the World Championship was first held in 1950, red Italian cars predominated, from Alfa Romeo, Ferrari and Maserati, and continued to do so for much of the period. But by the time the decade closed, green British cars were in their ascendancy, first Vanwall and then rear-engined Cooper playing the starring roles, and BRM and Lotus having walk-on parts. As for drivers, one stood out above the others, Argentine Juan Manuel Fangio becoming World Champion five times. Much of the fascination of this era also lies in its numerous privateers and also-rans, all of which receive their due coverage in this completist work.

Peter Higham works in motor racing as a freelance writer and project manager. For nearly 30 years he worked for Haymarket Consumer Media, publisher of motor racing magazines and websites, and for half of that period he was director of LAT Photographic (now Motorsport Images), the world’s largest motor racing photo archive. A motor racing enthusiast since watching his first race in 1973, he has written six previous books, including the acclaimed International Motor Racing Guide and World Encyclopaedia of Racing Drivers. He has been a columnist for Autosport and Motor Sport and was instrumental in running the prestigious Autosport Awards for over 25 years. He lives in Twickenham, Middlesex.