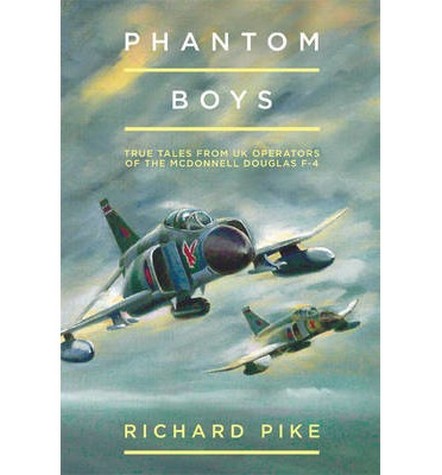 True Tales from UK Operators of the McDonnell Douglas F-4 by Richard Pike Code: 37216 Format: Hardback / 192 pages Publication date: 01/06/2015 Availability: In Stock. Usually dispatched same business day from Sydney, Australia Price: AU $14.99 (was AU $49.99) You save AU $35.00
From Richard Pike, best-selling author of Hunter Boys and The Lightning Boys series comes the newest addition to Grub Streets popular Boys series; Phantom Boys. Originally developed for the US Navy, this twin-engined supersonic long-range fighter-bomber first flew in the spring of 1958. It then entered service for the US Navy in 1961, and in 1969 with the Fleet Air Arm and RAF in the UK. Regarded as one of the most versatile fighters ever built, the Phantom F-4 was the US Navys fastest and highest-flying aircraft. It was flown by both US military demonstration teams (Navy Blue Angels and the Air Force Thundercats) from 1969 to 1973. It ended its service in 1991 with the RAF. But it continued to serve a variety of air forces across the world, with some still in service fifty years after its first flight. Throughout the twenty chapters of this book, thirteen contributors will take readers across the world with adventures in the Falkland Islands, the United States of America, the United Kingdom, the Far East and Germany. There are anecdotes of reconnaissance missions, encounters with the Russian Tupolevs, record-breaking flights and life on HMS Ark Royal.The scope, flair and pace of the writing in this book will appeal to the general reader as well as to the enthusiast.
Format: Hardback
Pages: 192
Availability: In Stock. Usually dispatched same business day from Sydney, Australia
Publisher: GRUB STREET
Publication date: 01/06/2015
Country of publication: AUSTRALIA
Weight: 800 g
Dimensions: 150.00mm X 150.00mm
Code: 37216