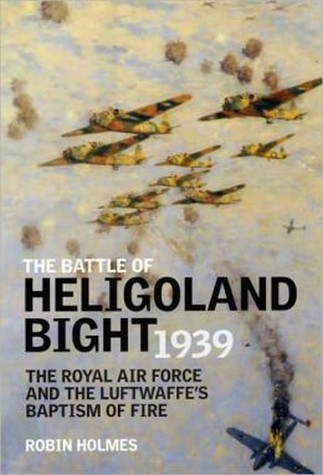 by Robin Holmes Code: 33579 Format: Hardback / 190 pages Publication date: 30/10/2009 Availability: Available. Usually dispatched 1-2 business days Price: AU $39.99
The story of the first British bombing raid of the Second World War, of why Bomber Command flew by night and of the Wellington Mk.1A are all closely linked together. It is a story of the stone age of strategic bombing. On the 4th of September 1939 Squadron Leader Paul Harris led 149 Squadron to Brunsbuttel, Wilhelmshaven in a Mk. 1 Wellington L4302. On the way he ordered that the guns of his airplane be tested, only to make the horrifying discovery that not one of them worked. He was flying to Germany in an aircraft that was completely defenseless. Not wanting to turn back on the first raid of the war he made the decision to press on regardless. On the 18th of December he flew to Wilhelmshaven once again and took part in the Battle of Heligoland Bight, the first major encounter between the Royal Air Force and the Luftwaffe. This time he flew a Wellington Mk.1A, N2980, or "R" for Robert, and this time his guns worked and were red hot. Out of a total 11,461 Wellington bombers produced, Paul Harris old Wimpy is now the only one left that fought back against Nazi tyranny and survived to rest now in Brooklands Museum
Format: Hardback
Pages: 190
Availability: Available. Usually dispatched 1-2 business days
Publisher: GRUB
Publication date: 30/10/2009
Country of publication: UNITED KINGDOM
Weight: 1000 g
Dimensions: 234mm X 152mm
Code: 33579