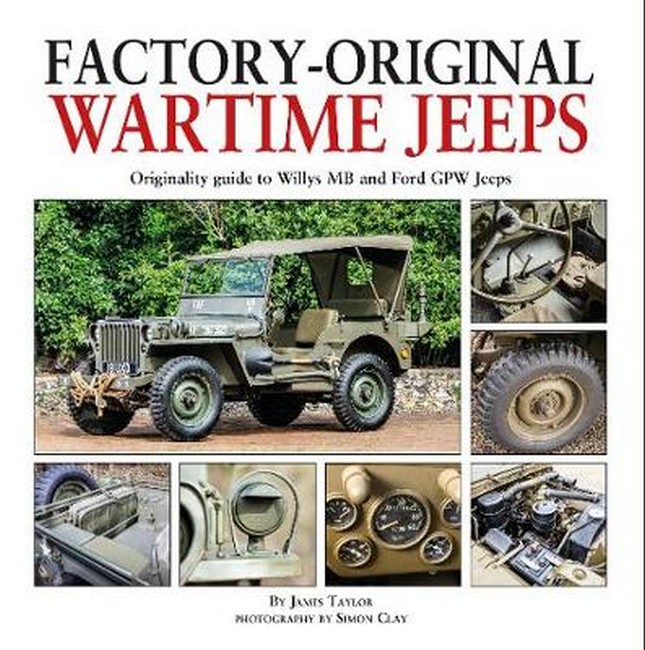 The wartime Jeep continues to fascinate enthusiasts around the world, nearly eight decades after the first prototypes were built. Yet while it is true that there was only ever one Jeep, it is emphatically not the case that there was only one variety of Jeep. Not only were Jeeps built by both Willys and Ford, but the supposedly standardised design continued to evolve during production. As a result, there are multiple differences of specification - some major, some tiny - among the models. Through the painstakingly researched text, and through detailed colour photography of outstanding examples of the cars, this book attempts to identify and illustrate those differences for the benefit of enthusiasts who would like to return their Jeeps to factory-original specification and equipment in every respect

James Taylor has been writing about motoring history since the 1970s; he has written well over 100 books and spent ten years as the editor of Land Rover Enthusiast magazine. He has written very widely for both magazines and books on motoring subjects but has specialized in the history of Rover cars and Land Rovers. He has owned four Range Rovers as well as a variety of other cars, and continues to write for the motoring press both at home and abroad. His previous books include Rover V8 - The Story of the Engine, Factory-Original Ford Capri Mk1, Factory-Original Mercedes SL, Factory-Original Aston Martin DB4/5/6 and Factory-Original Mini Mk1 & Mk2. James lives in rural Oxfordshire with his wife and the younger two of his four children, surrounded by books about cars, and usually with something old and interesting in his garage.