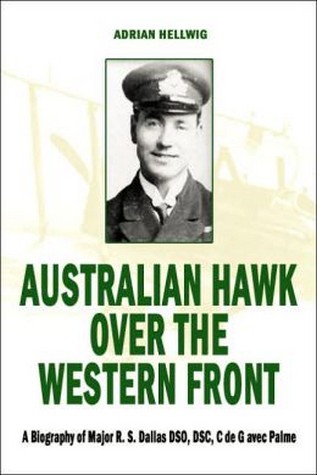 Australian Hawk Over the Western Front: Biography of Major R.S.Dallas

by Adrian Hellwig Code: 33578 Format: Hardback / 192 pages Publication date: 20/06/2006 Availability: Sold Out Price: AU $39.99
Major Roderick Dallas is Australias leading air ace of all time and, with fifty victories, also one of the highest-scoring Commonwealth aces. Even so, until this excellently researched volume, there has never been a full biography of this exceptional pilot, whose fighting career spanned from 1916 to 1918. Flying Nieuport Scouts, Triplanes and Camels with the RNAS and RAF, he was an ever-present threat over the Western Front and the scourge of the German Air Force. Hellwigs book has been taken principally from primary sources (Dallas own letters, log book and service record, in addition to squadron record books, combat reports and contemporary accounts), and his resulting conclusions will surprise many. Here is a fitting tribute not just to Australias greatest war hero of the air but to a man any country would be proud to call their own. It will be read avidly by all those interested in WWI history. Adrian Hellwig has had articles published previously in Cross and Cockade International, Over the Front, and the Australian Association of WWI Aero Historians Journal.
Format: Hardback
Pages: 192
Availability: Sold Out
Publisher: GRUB
Publication date: 20/06/2006
Country of publication: UNITED KINGDOM
Weight: 1000 g
Dimensions: 234.00mm X 152.00mm
Code: 33578