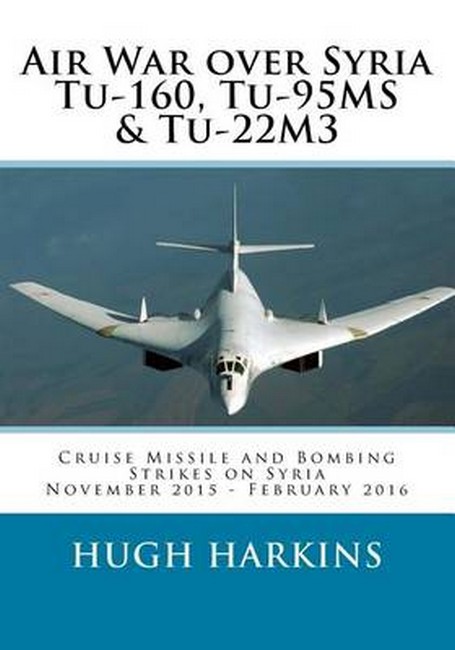 Cruise Missile and Bombing Strikes on Syria, November 2015 - February 20 by Harkins, Hugh Code: 40480 Format: Paperback / 90 pages Publication date: 19/05/2016 Availability: Please contact us for availability Price: AU $40.86
The primary remit of this volume is to document the cruise missile and long range bombing missions flown by the Tupolev Tu-160 & Tu-95MS strategic cruise missiles carrier aircraft and the Tu-22M3 long-range bombers of the Russian Federation Aerospace forces Long Range Aviation against Islamic State and other opposition groups in the Syrian conflict. A secondary remit is the documentation of the cruise missile strikes carried out on targets in Syria by the Russian Federation navy. While the volume is not intended to be a descriptive manual for the three missile carrier/bomber types portrayed, a basic description of the genesis, development and fielding of these weapon systems is provided in chapter two. Chapter three focuses mainly on the missions flown by Long Range Aviation during its campaign over Syria between November 2015 and February 2016. It is beyond the remit of this volume to attempt a detailed analysis of the Syrian conflict, which was in its fifth year before the Russian intervention in 2015. That said, a brief outline of the situation on the ground in certain areas is provided where appropriate to the Russian campaign as well as a brief outline of the differences in the Russian and western dominated anti-ISIS coalition approach to the attempt to defeat ISIS forces, which, in early 2016, continue to dominate the majority of the land of Syria. All technical information concerning aircraft and weapons, along with the majority of the graphic material, has been furnished by the respective manufacturers and the MODRF.
Format: Paperback
Pages: 90
Illustration: COLOUR SECTION(S)
Availability: Please contact us for availability
Publisher: CENTURION PUBLISHING
Publication date: 19/05/2016
Country of publication: UNITED STATES
Weight: 231 g
Dimensions: 254mm X 178mm
Code: 40480