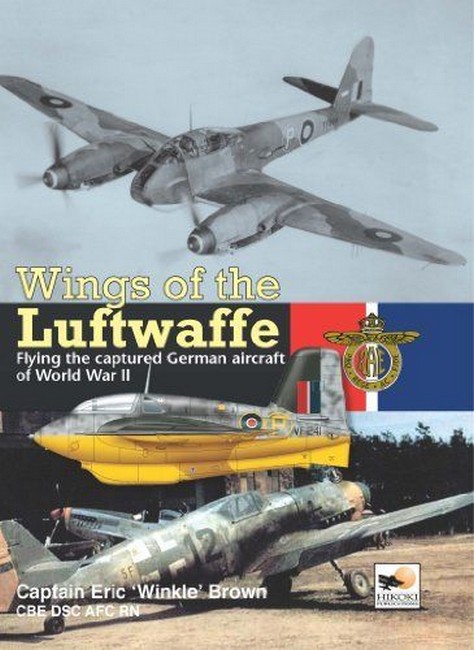 Wings of the Luftwaffe

During more than two decades of uninterrupted flying Eric Winkle Brown enjoyed the most extraordinary career of any test pilot and no pilot has a logbook that lists a greater variety of aircraft types flown. The first naval officer to head the elite Aerodynamics Flight at the world renowned Royal Aircraft Establishment, Farnborough, Winkle Brown fulfilled his childhood ambition to fly German aircraft. Indeed, he was to fly no fewer than 55 individual German aircraft types, ranging from such exotic creations as the push-and-pull Dornier Do 335 and the remarkable little Heinkel He 162 Volksjager to the highly innovative combat types that were entering the inventory of the Luftwaffe shortly before the demise of Germanys Third Reich. Winkle Brown also interrogated many of the leading German wartime aviation personalities, such as Willy Messerschmitt, Ernst Heinkel, Kurt Tank, and Hanna Reitsch. From his unique knowledge of German aviation, Winkle Brown has selected the most important and most promising aircraft employed by the Luftwaffe and those evolved for that air arm in Germany during World War II--the true wings of the Luftwaffe. He describes their background and characteristics, and together with more than 200 photographs, color profiles, and sectional drawings provides an in-depth assessment of the contribution made to the annals of military aviation in the late 1930s and early 1940s by an aircraft industry that proved itself truly second to none in ingenuity.