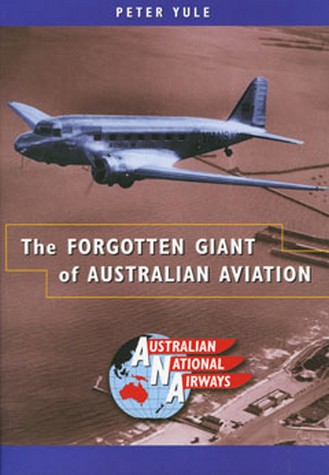 The Forgotten Giant of Australian Aviation

by Peter Yule Code: 25361 Format: Hardback / 318 pages Publication date: 01/07/2001 Availability: Available. Usually dispatched 1-3 business days Price: AU $39.95
Jacket notes: In 1945-46 an Australian airline flew the longest internal route mileage of any airline in the world. In that year it carried nine times more passengers than its closest competitor. This airline had a fleet of more than thirty aircraft, including five new DC-4s, and had almost four thousand employees. Its engineering department was the largest of any airline in the southern hemisphere, capable of undertaking any aeronautical engineering task. Its routes joined every Australian capital city and dozens of regional centres throughout the country. In addition to its internal services, this airline began regular services to North America in 1946, and by 1950 it was a major shareholder in both Cathay Pacific and Air Ceylon. Before World War II, this airline's precursors had been the first in Australia to fly the Douglas DC-2 and DC-3: a quantum leap from their wood and fabric predecessors, marking a greater single step forward even than the introduction of jets in the 1960s. If asked to name this airline, most people would think of Qantas, Ansett or TAA. Very few would be able to name Australian National Airways Pty Ltd as the most important single contributor to Australia's aviation development from 1936 until its demise in 1957. This book tells the full story of ANA, the forgotten giant of Australian aviation. Told through the eyes of ANA's pilots, hostesses, engineers and other staff, there are many humorous and dramatic stories, including the pioneering Bass Strait flights of the early 1930s, submarine hunting in DC-3s in 1939-40, a unique courier service to Manila in 1945, some extraordinary migrant charters in the late 1940s, and evacuation flights ahead of the advancing Communists in China in 1949. As well as describing ANA's key role in the development of safe and reliable intercapital routes, the book covers the airline's lesser known services including the 'Gulf run', the aerial ambulance out of Cairns, and the Riverina milk runs. Filling a major gap in Australian aviation history, this book will make fascinating reading for aviation enthusiasts, students of history and the general reader alike.
Format: Hardback
Pages: 318
Illustration: B&W THROUGHOUT
Availability: Available. Usually dispatched 1-3 business days
Publisher: DENNIS JONES & ASSOCIATES
Publication date: 01/07/2001
Country of publication: AUSTRALIA
Weight: 990 g
Dimensions: 150.00mm X 150.00mm
Code: 25361