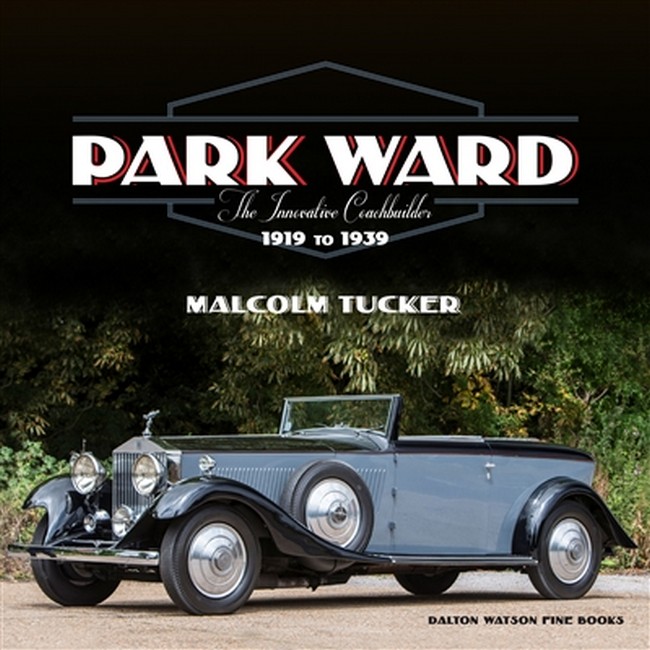 Dalton Watson Fine Books is pleased to announce a major three-volume work on the pre-war history and cars of the great British coachbuilder, Park Ward.

The company was the most prolific coachbuilder on Rolls-Royce and Bentley chassis, ultimately completing over 4,300 cars. Volume I and II is the story of Park Ward & Co Ltd. – the men who worked there and the company’s growing relationship with Rolls-Royce Ltd. A photographic record of all the Rolls-Royce models from Silver Ghost to the Wraith that carried Park Ward coachwork is included, along with chapters on the W. O. Bentley cars, and the Rolls-Royce and Bentley experimental cars with Park Ward coachwork. The Derby-built Bentleys follow, supported by chapters on the London Motor Show cars, coachwork on marques other than Rolls-Royce and Bentley, and examples of Park Ward advertising literature and catalogues. An appendix contains a series of articles written by ‘Bill’ Ward, the company founder’s son, entitled ‘The Art and Evolution of Coachbuilding’. Volume III contains extensive tables detailing each of over 3,000 pre-war Park Ward-bodied Rolls-Royce and Bentley, as well as a listing of over 1,000 Park Ward bodies on other marques. In addition, and rarely seen before, there are over 700 sales order pages extracted from Park Ward’s Finishing books.

Author Malcolm Tucker is a past-Chairman of the Rolls-Royce Enthusiasts’ Club, and is an established Rolls-Royce and Bentley historian, writer and ‘after dinner’ speaker. This will be his fourth book for Dalton Watson Fine Books. Malcolm has owned thirty-five Rolls-Royce or Bentley cars, including, for forty-six years, a 1928 20hp faux cabriolet by Park Ward.

Malcolm Tucker has had a lifelong interest in Rolls-Royce cars, having restored several to national concours winning condition. Joining the Rolls-Royce Enthusiasts Club in 1963, he became the clubs youngest chairman in 1989. Following which he launched Pinnacle magazine, The magazine for International Rolls-Royce and Bentley Owners on behalf of the Sir Henry Royce Memorial Foundation. He has written five childrens books on engineering subjects and edited seven others for Merlion Publishing, a division of Penguin Books. He has contributed to several motoring magazines and was a regular contributor for The Nob Hill Gazette, San Francisco, USA. Park Ward: The Innovative Coachbuilder is the fourth book he has written for Dalton Watson Fine Books, preceded by The Goodwood Phantom, Rust In Peace and The Goodwood Phantom Drophead Coupe.