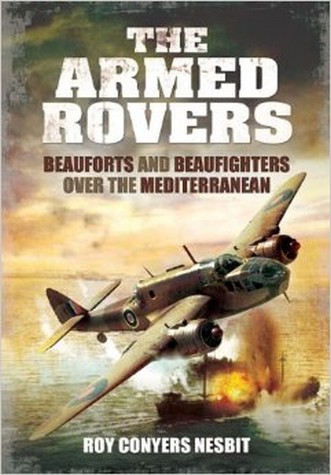 The Armed Rovers: Beauforts and Beaufighters Over the Mediterranean

by Roy Conyers Nesbit Code: 32565 Format: Hardback / 224 pages Publication date: 16/08/2012 Availability: Available. Usually dispatched 1-2 business days Price: AU $57.99
By far the most dangerous of the RAF operations during the Second World War were daylight attacks on enemy shipping, yet little has been written about this aerial campaign and the brave airmen who took part. In particular the intense air-sea battles that were fought in the Mediterranean have been neglected in histories of the war in North Africa and Italy. Roy Nesbit, in this classic account, sets the record straight by describing in vivid detail how a few RAF squadrons were successful in destroying supplies that were vital to the Italian and German armies during the fighting in Libya, Egypt and Tunisia. At critical moments during the land battles - during the dramatic advances and retreats that characterized the fighting in the desert - the failure of supplies to get through to Rommels Afrika Korps was decisive. But the casualties suffered by the airmen in these low-level attacks were daunting, as were those among the naval and merchant seamen whose vessels were targeted.
Format: Hardback
Pages: 224
Illustration: B&W SECTION(S)
Availability: Available. Usually dispatched 1-2 business days
Publisher: PEN & SWORD BOOKS LTD
Publication date: 16/08/2012
Country of publication: AUSTRALIA
Weight: 400 g
Dimensions: 234mm X 156mm
Code: 32565