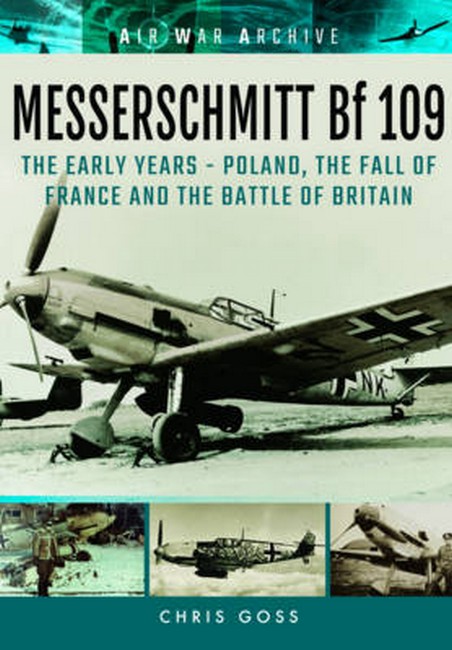 The most iconic German aircraft of the Second World War, the Messerschmitt Bf 109 was the Luftwaffes principal fighter from 1939 until 1942 when the superior Focke-Wulf Fw 190 came into greater prominence. The Bf 109 served in every theatre of the war, particularly in the invasion of France and the Low Countries, the Battle of Britain and the invasion of the Soviet Union, the Mediterranean and with Rommel in North Africa. In the later years of the war, the Bf 109 fought with success in the defence of Germany against the Allied bombers. The Bf 109 was the most produced fighter aircraft in history and more aerial kills were made with this fighter than any other aircraft. In this selection of unrivalled images collected over many years, and now part of Frontlines new War in the Air series, the operations of this famous aircraft in the early part of the Second World War are portrayed and brought to life.