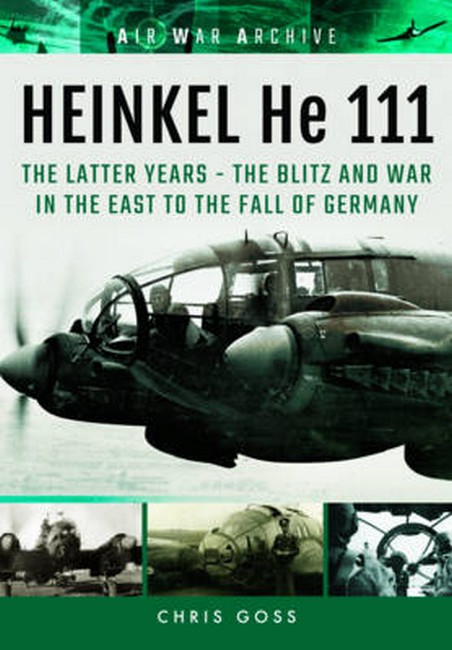 The Heinkel He 111 was the main work-horse of the Luftwaffes bomber force throughout much of the Second World War. Consequently, when Hitler launched Operation Barbarossa in June 1941, three entire Kampfgeschwader consisted of He 111s. Initially used as direct support for the German ground forces, as the campaign progressed the He 111 was switched to attacking the Soviet infrastructure, particularly trains and marshalling yards, and used as a transport aircraft taking in supplies and for troop evacuation. Variants of the He 111 were used in anti-shipping roles, in both the Atlantic and the Mediterranean, and even for aerial launching of V-1 flying bombs, continuing the war against the towns and cities of the United Kingdom. In this selection of unrivalled images collected over many years, and now part of Frontlines new War in the Air series, the operations of this famous aircraft in the latter years of the Second World War are portrayed and brought to life. A companion title to Heinkel He 111: The Early Years.