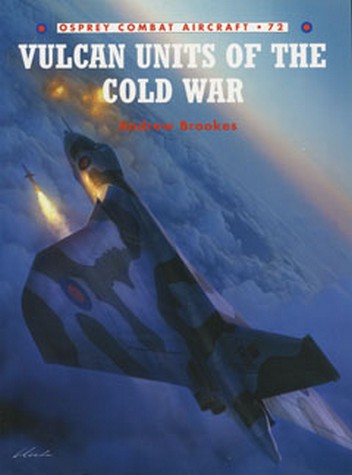 Vulcan Units Of The Cold War

by A Brookes Code: 21739 Format: Paperback Publication date: 01/01/2000 Availability: Sold Out Price: AU $34.95
Publisher's notes: The best of the three RAF jet bombers to serve during the Cold War, the delta-winged Vulcan possessed speed and fighter-like manoeuvrability at low level despite its size. Designed as the Avro 698 and first flown in August 1952, the Vulcan entered service in February 1957. The aircraft operated as Britain's frontline nuclear deterrent, equipped to carry the Blue Steel stand-off missile, but following the introduction of the submarine-based Polaris, around 50 Vulcans were redeployed as tactical low-level bombers. Three flew in combat during the Falklands War, carrying out what were then the world's longest-range bombing missions, and the last Vulcans in service were used as aerial tankers. This book examines the design of the Vulcan, exploring the improvements made to its engine and its evolving combat role. The illustrations include many in-flight photographs and detailed colour profiles. This is a timely examination of a distinctive and ground-breaking aircraft.
Format: Paperback
Availability: Sold Out
Publisher: OSPREY
Publication date: 01/01/2000
Country of publication: UNITED KINGDOM
Weight: 305 g
Dimensions: 0mm X 0mm
Code: 21739