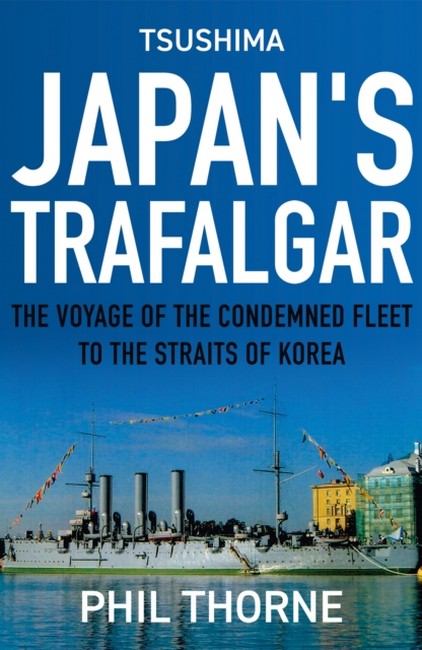 The Voyage of the Condemned Fleet to the Straits of Korea by Thorne, Phil Code: 70105 Format: Hardback / 928 pages Publication date: 28/06/2022 Availability: Available to special order. Please contact us for updated price and availability. Price: AU $92.50

The Battle of Tsushima, the epic battle between the Japanese and Russian navies on May 27-28 1905, is examined in far greater detail than ever before. Making extensive use of official records, personal accounts and a wealth of untouched information on the Russian Navys activities, this battle, little known about by a general readership, is brought vividly to life. Also the immense coaling operation, with the names of all the colliers, is described in very informative and sometimes amusing detail.

The later stages of the battle, its details often described as lost in the fog of battle, are clearly portrayed, as is the chaotic, high-speed night action when numerous Japanese destroyer and torpedo-boat flotillas terrorised the Russian seamen. Exhaustive examination of Japanese flotilla records has made it possible to reproduce an exciting and very informative account, placing the reader on board the attacking vessels, suffering collisions and gunfire as they career in and around the Russian battle line, while the human side of both participants brings into sharp focus the horrors of war. Tsushima was not only the culmination and climax of the pre-Dreadnought era; it was the most decisive naval battle ever fought.

Other battles are more well known, but they did not achieve such a result, neither in their decisiveness nor in bringing the war in which they were fought to a conclusion.