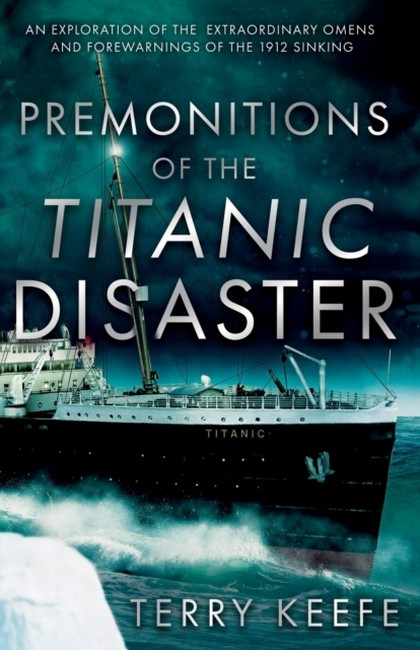 Premonitions of the Titanic Disaster

Passengers cancelling their tickets for Titanics maiden voyage out of apprehension; a famous social reformer who died on Titanic, warned in 1911 that he would be in danger from water in April 1912; inhabitants of the remote islands of Fiji aware of the sinking before reports of the collision reached the Pacific; a dying girl who, on 14 April 1912, sees a big ship sinking in the water and mysteriously knows the name of the violinist in Titanics orchestra. These are just a few of the numerous claims to psychic foreknowledge of the ships sinking.
Within days of the widely-publicised disaster of 1912, stories began circulating of extraordinary omens and individuals who supposedly had supernatural premonitions of the disaster. Furthermore, four fictional works - one dating as far back as twenty-six years - came to be seen as anticipating the disaster.
Between 1960 and 2006, five major commentators published extended analyses of the alleged premonitions, none of which is now easily accessible to an English readership. This book examines them all in detail. The whole treatment of the matter opens up fascinating questions concerning the paranormal, but also raises and leaves unresolved crucial issues specific to premonitions and how they can be legitimately examined.
Readers are left to make their own judgement on Titanic premonitions.

Terry Keefe taught and researched in French literature and philosophy at Leicester University, before becoming Professor of French at Lancaster University. He has published six academic books and two local books. Following early retirement he has been lecturing on mysteries and especially Titanic.