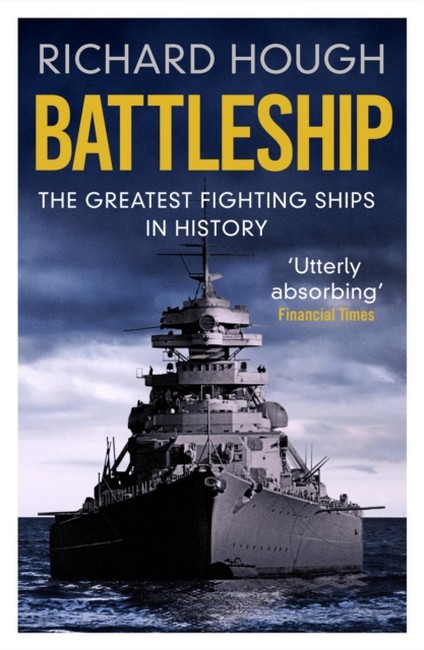 A compelling history of the greatest ships ever launched.

The importance of the fighting ship is as considerable today as ever before. Battleships are built, counted, assessed and exercised with the same determination now as at the beginning of the twentieth century, and during the Napoleonic Wars.

In this riveting book, leading historian Richard Hough examines fifteen of historys most significant and interesting battleships, from Lord Howard Effinghams Ark Royal, which held the Spanish Armada at bay, to the American New Jersey, which took part in three wars, and whose guns still remain ready for action. From the mighty German Bismarck of 1941, destroyed on its first operation voyage, Battleship ranges to Admiral Nelsons legendary HMS Victory, still a flagship after more than 200 years

Hough weaves these examples into a pattern of progress ranging from the galleon to the immense super-dreadnought. In addition, he focuses in depth upon armaments, structural developments, and the tactics of war - all these play a crucial part in the epic history of the battleship. But above all Richard Houghs story is a human one, a record of men and ships, of courage and endurance - a true taste of the sea.

Richard Hough has been a full-time naval historian for many years, and is Vice-President of the Navy Records Society. His books include The Fleet That Had To Die, Admirals in Collision and The Hunting of Force Z, adapted into a major television documentary.