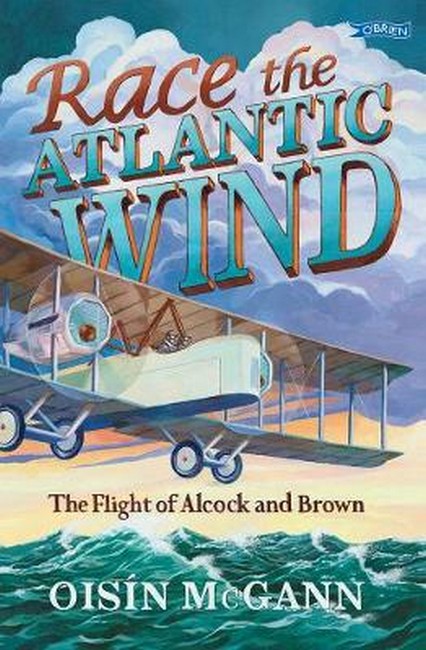 The Flight of Alcock and Brown by McGann, Oisin Code: 56764 Format: Paperback / 272 pages Publication date: 10/06/2019 Availability: Available. Usually dispatched from UK 1-2 business days Price: AU $16.28
In the spring of 1919, after the end of the First World War, teams of pilots and navigators begin to gather on the North American island of Newfoundland. They are attempting what many believe to be impossible - to fly non-stop across the Atlantic Ocean. Equipped with machines made mostly from wood, fabric and wire, they intend to fly the 1,800 miles to Ireland, in the face of the merciless North Atlantic weather. John Alcock and Arthur Whitten Brown are late to arrive. Competing against some of Europe's most famous pilots, these two British war veterans are considered rank outsiders. Maggie McRory is a sixteen-year-old girl who sees the gathering of all these aircraft and their crews as a chance to escape her narrow existence. Her war-scarred uncle, however, views them as a threat to the island and his way of life. This absurdly dangerous contest is going to change the world . . .
Format: Paperback
Pages: 272
Availability: Available. Usually dispatched from UK 1-2 business days
Publisher: O'BRIEN PRESS LTD
Publication date: 10/06/2019
Country of publication: IRELAND
Weight: 0 g
Dimensions: 196mm X 130mm
Code: 56764