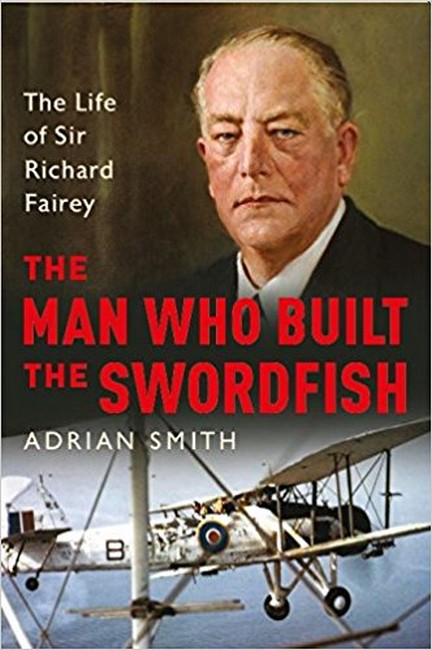 The Man Who Built the Swordfish

The Life of Sir Richard Fairey by Smith, Adrian Code: 51543 Format: Hardback / 480 pages Publication date: 30/04/2018 Availability: Available. Usually dispatched 1-3 business days Price: AU $50.00
Sir Richard Fairey was one of the great aviation innovators of the twentieth century. His career as a plane maker stretched from the Edwardian period to the jet age - he lived long enough to see one of his aircraft be the first to break the 1000mph barrier; and at least one of his designs, the Swordfish, holds iconic status. A qualified engineer, party to the design, development, and construction of the Royal Navy's state-of-the-art sea planes, Sir Richard founded Fairey Aviation at the Admiralty's behest in 1915. His company survived post-war retrenchment to become one of Britain's largest aircraft manufacturers. The firm built a succession of front-line aircraft for the RAF and the Fleet Air Arm, including the iconic Swordfish. In addition, Fairey Aviation designed and built several cutting-edge experimental aircraft, including long-distance record-breakers between the wars and the stunningly beautiful Delta 2, which broke the world speed record on the eve of Sir Richard's death in 1956. Fairey also came to hold a privileged position in the British elite - courting politicians and policymakers. He became a figurehead of the British aviation industry and his successful running of the British Air Commission earned him a knighthood. A key player at a pivotal moment, Fairey's life tells us much about the exercise of power in early twentieth-century Britain and provides an insight into the nature of the British aviation manufacturing industry at its wartime peak and on the cusp of its twilight years.
Format: Hardback
Pages: 480
Illustration: B&W THROUGHOUT
Availability: Available. Usually dispatched 1-3 business days
Publisher: I.B.TAURIS
Publication date: 30/04/2018
Country of publication: UNITED KINGDOM
Weight: 0 g
Dimensions: 226mm X 155mm
Code: 51543