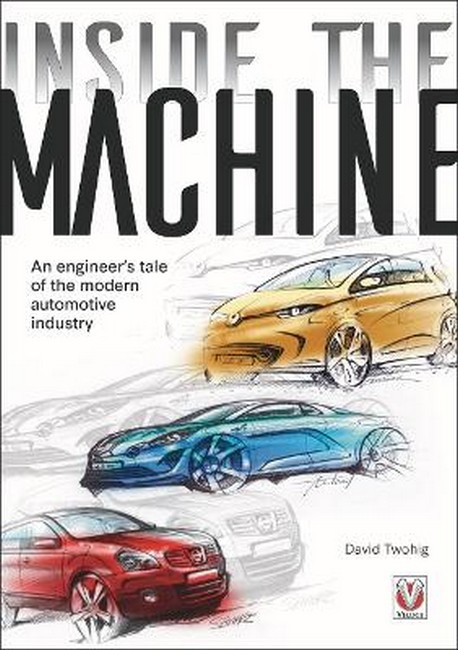 This book tells the story of the modern car industry from the inside. What is it really like to work for the car-makers - the industrial giants that influence the daily lives of millions? How are mass-production cars really designed, engineered, and manufactured? What does it take to engineer a successful vehicle? The story is told through the authors own journey around the globe - starting as a young graduate engineer working for Nissan in the UK, to working for Nissan in Japan and finally for Renault in France as Chief Engineer of their halo sports-car, designed to relaunch the Alpine brand. It tells the behind-the-scenes story of three well-known vehicles, whose development teams were led by the author - the Nissan Qashqai, the Renault ZOE and finally the Alpine A110 - revealing some of the fascinating stories of how these vehicles came into being. The book will seek to show the real work that goes on behind the glamour of the Motor Shows and the well-honed corporate press releases - work that is sometimes exciting, but often grindingly difficult.

David Twohig is an automotive industry veteran, having spent almost three decades in the business. A native of Cork in Ireland, he started his career with Nissan in the UK in 1992. During his time with Nissan, and later with Renault after the creation of the Renault-Nissan Alliance, David led the engineering teams responsible for three very different and highly significant vehicles - the first-generation Nissan Qashqai (2007), the Renault ZOE (2012), and finally the award-wining Alpine A110 lightweight sports car (2017). David was named Engineer of the Year (the Mundy Award) by the UKs Autocar Magazine in 2018. He then spent three years in Californias Silicon Valley, as Chief Technology Officer and Chief Vehicle Engineer at BYTON, a US-Chinese EV start-up, before working at Waymo (the ex-"Google car" autonomous vehicle company). Of dual Irish-French nationality, he currently lives in France, and works as an independent automotive engineering consultant.