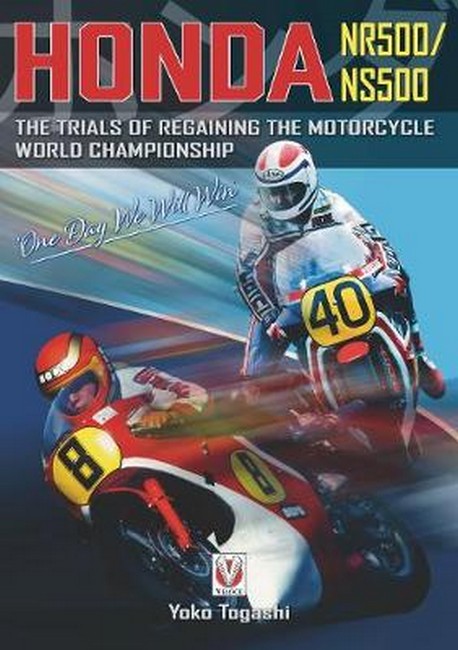 Win on Sunday, Sell on Monday. Hondas voracious success on track and showroom in the late Sixties turned them into world no 1. However, in the Seventies race winners were two-strokes; Honda didnt do two-strokes and sales were flagging. Rather than race a two-stroke Honda designed an immensely complicated bike to beat the two-strokes, the infamous NR500, with oval pistons. Yoko Togashi worked with Honda and has written the first book on this ignominious failure, but more about the Honda engineers fight to get back to winning again with Freddie Spencer and the Championship winning 1983 NS500.

Although born in Tokyo, Yoko Togashi lived in London during her schooldays. She started to ride motorcycles while at university, began racing them in 1977, and embarked on adventure touring in Patagonia in 1982. Yoko has worked as a freelance motorcycle journalist for over 40 years, covering the World GP from 1980. She also worked as a coordinator for Honda/HRC from 1986 to 2008. She has written and translated many books about motorcycles and motorcyclists, and now lives in Tokyo, Japan.