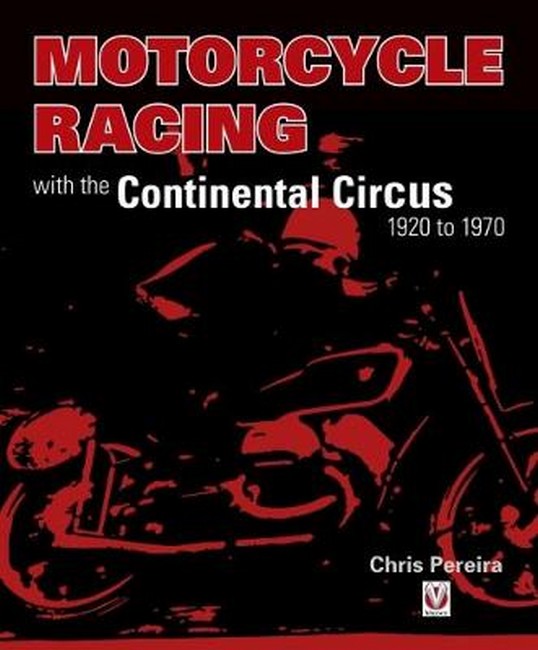 Motorcycle Racing with the Continental Circus 1920 to 1970

by Pereira, Chris Code: 51010 Format: Hardback / 128 pages Publication date: 08/07/2018 Availability: Available. Usually dispatched from UK 1-2 business days Price: AU $39.99
A fascinating history of European motorcycle racing, going back to a period far removed from the world of Moto GP today: a time when many young men from all walks of life decided to give up their livelihoods in favour of earning their living by racing motorcycles on the dangerous public road circuits of the European Continent. It was a nomadic existence that involved travelling from circuit to circuit, circus fashion, hence the title `Continental Circus.' The book begins with the pre-war period, when many young British riders travelled to the Continent to take part in the Grand Prix races, held from around 1920 and across Europe. British riders such as Alec Bennett, Stanley Woods, Jimmy Guthrie and many more, gained notable success and established their reputations on the European circuits. Moving on to the post-war era, the book details the riders from around the world who joined the Circus - self-financed `privateers' from Australia, New Zealand and South Africa. The 1950s and '60s were the days of the true Continental Circus, when private riders earned their living riding all over the continent. The book also covers the development of the machines that became the essential tools of the private riders, and the eventual demise of the Continental Circus in the 1970s, due to new safety regulations and the escalating cost of racing. Chris Pereira's historical account is sourced both from first-hand experience of racing, and from his own vast library of racing history records and photographs.
Format: Hardback
Pages: 128
Illustration: B&W THROUGHOUT
Availability: Available. Usually dispatched from UK 1-2 business days
Publisher: VELOCE PUBLISHING LTD
Publication date: 08/07/2018
Country of publication: UNITED KINGDOM
Weight: 460 g
Dimensions: 250mm X 207mm
Code: 51010