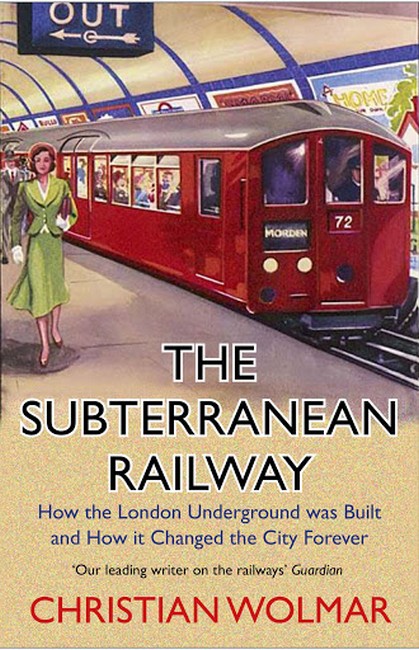 Reissued in a new paperback package to coincide with the 150th anniversary of the London Underground.

I can think of few better ways to while away those elastic periods awaiting the arrival of the next eastbound Circle Line train than by reading [this book]. - Sunday Telegraph

Since the Victorian era, Londons Underground has played a vital role in the daily life of generations of Londoners. In The Subterranean Railway, Christian Wolmar celebrates the vision and determination of the nineteenth-century pioneers who made the worlds first, and still the largest, underground passenger railway: one of the most impressive engineering achievements in history. From the early days of steam to electrification, via the Undergrounds contribution to twentieth-century industrial design and its role during two world wars, the story comes right up to the present with its sleek, driverless trains and the wrangles over the future of the system. The Subterranean Railway reveals Londons hidden wonder in all its glory and shows how the railway beneath the streets helped create the city we know today.