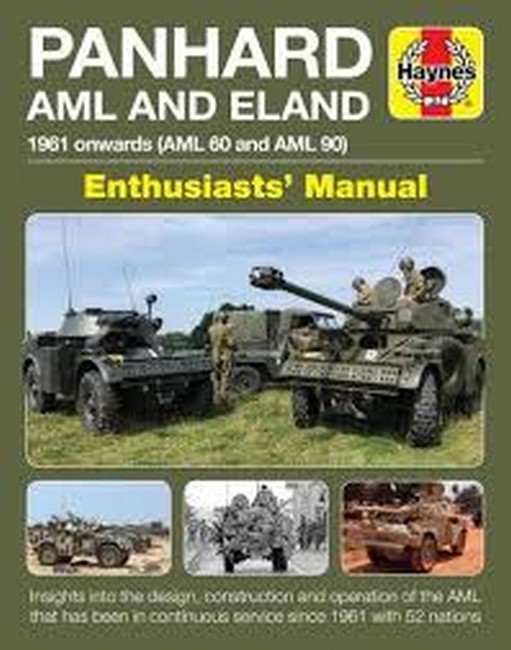 In the history of armoured fighting vehicles, there have been few that have been so successful or so extensively employed as the Panhard AML armoured car.

Based on the British Ferret armoured car, the French-built Panhard AML was first used in combat during the war in Algeria in the early 1960s. Thereafter the AML has fought in numerous wars, notably in Africa, up until the present day with ongoing operations against Boko Haram in Nigeria and Chad. It also fought on the side of the Argentinians during the Falklands War in 1982, and the war on ISIS in 2016. Now with an experienced military author, who was given full and exclusive access to an AML armoured car, this is the latest modern armoured fighting vehicle to receive the Haynes treatment. The Panhard AML and Eland Enthusiasts Manual is fully illustrated with archive photos, technical drawings and detailed photography.