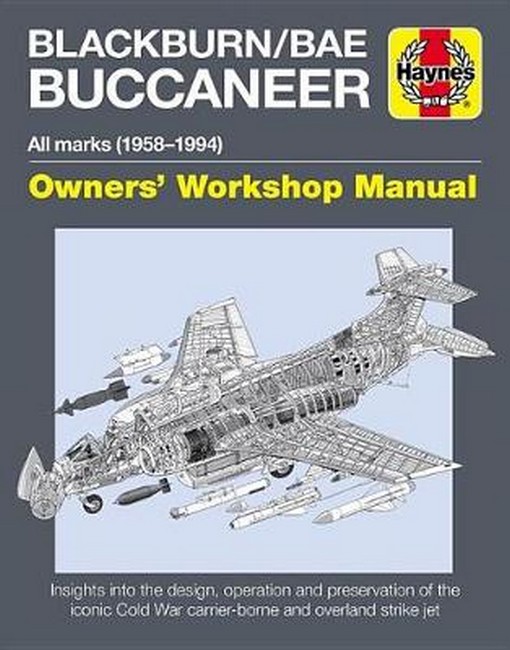 Owners' Workshop Manual by Wilson, Keith Code: 51712 Format: Hardback / 192 pages Publication date: 09/11/2018 Availability: Available. Usually dispatched 1-3 business days Price: AU $44.95
Born in the 1950s when the Cold War was rapidly escalating, the subsonic Blackburn Buccaneer was designed as a carrier-borne strike aircraft, which eventually went on to serve both the Royal Navy and the RAF. The Buccaneer entered service with the Royal Navy in 1962 and was capable of operating from aircraft carriers to deliver nuclear weapons as well as conventional ordnance for anti-shipping strikes against Soviet warships in the North Sea area. With changes in Britain's defense strategy and a reduction in the number of its aircraft carriers, the Navy transferred its Buccaneers to the RAF in 1969 where they were used in the overland role and they went on to see combat action in the first Gulf War of 1991. The last Buccaneers were retired from RAF service in 1994.
Format: Hardback
Pages: 192
Illustration: COLOUR THROUGHOUT
Availability: Available. Usually dispatched 1-3 business days
Publisher: BOOKWORKS
Publication date: 09/11/2018
Country of publication: UNITED KINGDOM
Weight: 620 g
Dimensions: 150mm X 150mm
Code: 51712