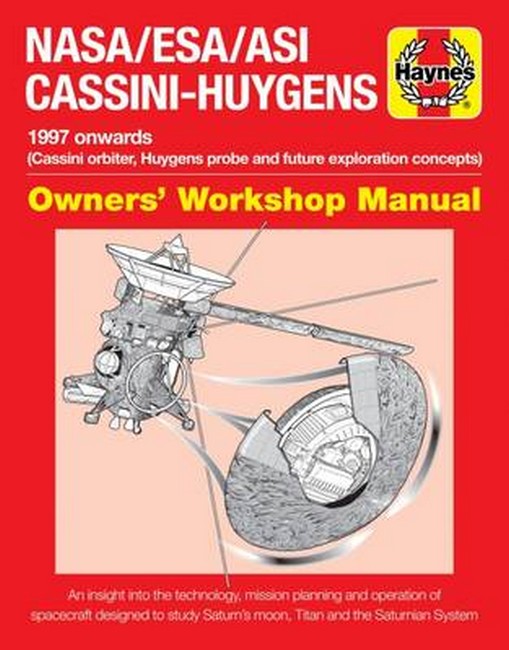 1997 Onwards (Cassini Orbiter, Huygens Probe and Future Exploration Conc by Lorenz, Ralph Code: 47749 Format: Hardback / 192 pages Publication date: 11/05/2017 Availability: Available. Usually dispatched 1-3 business days Price: AU $39.95
The descent of the Huygens probe to the frozen surface of Saturn's moon, Titan, in 2005, marks a pinnacle achievement in space exploration - the most distant planetary landing ever made or presently foreseen. The Huygens probe's seven-year voyage through space (past Venus, Earth and Jupiter) attached to the Cassini orbiter, its arrival at Saturn and three-week dormant coast to Saturn's moon, Titan, culminated in Huygens' hypersonic entry into Titan's atmosphere, 2.5-hour parachute descent, and continued operation for 72 minutes on the surface transmitting date back to Earth via the Cassini orbiter. Saturn has 62 confirmed orbiting moons, but Titan (which is larger than the planet Mercury) was chosen as a has two major components of Earth's atmosphere - nitrogen and oxygen - but the oxygen is was thought to be frozen as water ice within the body of the moon. If Titan received more sunlight, its atmosphere might well resemble that of a primitive Earth. The hope is that study of the data gathered about Titan will help us to understand how the Earth evolved, and possibly what led to the evolution of life.
Format: Hardback
Pages: 192
Availability: Available. Usually dispatched 1-3 business days
Publisher: HAYNES PUBLISHING GROUP
Publication date: 11/05/2017
Country of publication: UNITED KINGDOM
Weight: 880 g
Dimensions: 270mm X 210mm
Code: 47749