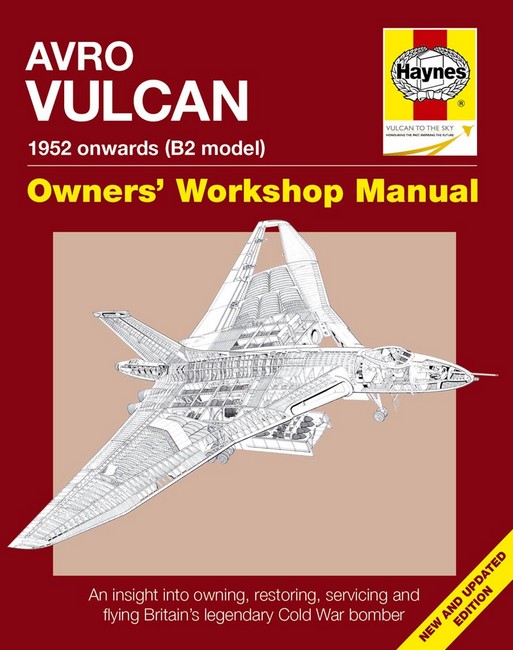 1952 Onwards (B2 Model) by Dr Alfred Price Code: 38337 Format: Hardback / 192 pages Publication date: 02/06/2016 Availability: In Stock. Usually dispatched same business day from Sydney, Australia Price: AU $31.96 (was AU $39.95) You save AU $7.99
The awesome Avro Vulcan is an enduring image of the Cold War era when the world stood on the brink of nuclear annihilation. For many years the RAF's delta-wing jet bomber was the cornerstone of Britain's nuclear deterrent. Read about the Vulcan's operational history and take a close-up look at its construction. Discover what it takes to own and fly the mighty V-bomber, and find out how engineers keep it airworthy. Centrepiece of the manual is Vulcan XH558 - the world's only flying example of an Avro Vulcan.
Format: Hardback
Pages: 192
Illustration: COL & B&W THROUGHOUT
Availability: In Stock. Usually dispatched same business day from Sydney, Australia
Publisher: HAYNES PUBLISHING GROUP
Publication date: 02/06/2016
Country of publication: UNITED KINGDOM
Weight: 600 g
Dimensions: 150mm X 150mm
Code: 38337

Dr Alfred Price served as an aircrew officer in the RAF until 1974. Since then he has been a full-time aviation historian and writer, and is acknowledged as a leading authority on the Spitfire. He is co-author of the Haynes Spitfire Manual.Tony Blackman is an ex-RAF aircrew officer and Vulcan test pilot.