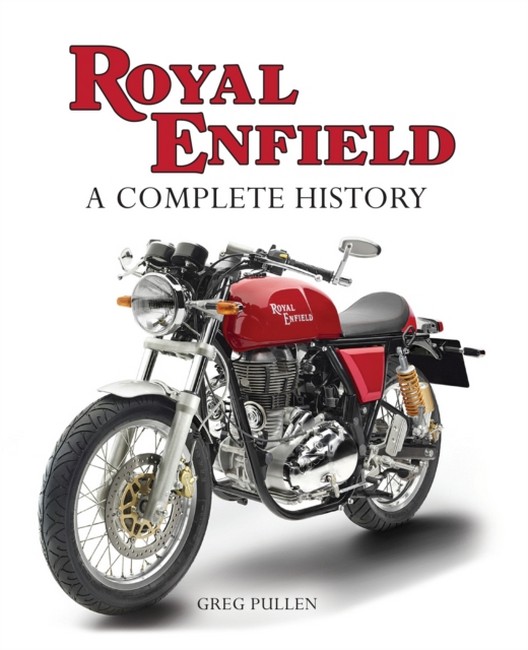 Royal Enfields famous motor - made like a gun - hints at the factorys origins, but few appreciate that it is the oldest motorcycle manufacturer in existence that can boast of continuous production. In addition, its famous Bullet can claim the longest motorcycle production run of all time. Greg Pullen charts the rise, fall and rise again of Royal Enfield, from the companys pre-motorcycle beginnings in Redditch, through the impact of two World Wars, the importance of exports to India and subsequent establishment of factories there, to changes in ownership, recently launched models and new concept bikes for the future. With 190 colour photographs, this book includes: the V-twins, from the 1930s K and KX range to a glimpse of the concept V-twin shown in 2018; the singles, from 2-strokes to side-valve 4-strokes, and the ohv version that first used the Bullet name, through to the new singles built in India. The British Bullet: its arrival in 1948 and production in the UK, the original orders from India and subsequent setting up of production there are discussed. The 250s, (1958-68), including the Turbo Twins, and the big twins, from the 1948 500 Town to the final interceptor in 1970, including the 800cc prototype and the Clymer Indians are covered. The new twins: the 650cc Royal Enfield interceptor and Continental GT twins and the Bobber concept bike are discussed. Competition success is covered, with notable ISDT achievements, star rider Johnny Brittain and racing the big twins, and Geoff Duke in the GP5. Finally, the British factories and the new opportunities with the Indian factories are remembered.

Greg Pullen began a lifelong love affair with motorcycles in the sports moped and Barry Sheene era, during the long, hot summers of the 1970s. The Italian motorcycle obsession soon followed when a near neighbour bought a Laverda SFC750, soon replaced by a Moto Guzzi 850T3 for continental touring. Trained as a chartered surveyor specializing in old buildings, these days Greg spends his time in rural Wiltshire riding and writing for magazines that have included Classic Bike and Classic Bike Guide, alongside his own publication Benzina. He is also a consultant on classic motorcycles for Bonhams. This is his seventh book for Crowood.