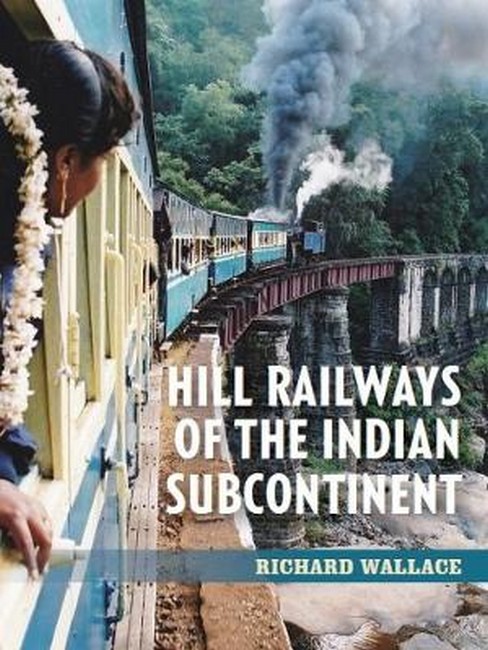 Hill Railways of the Indian Subcontinent

by Wallace, Richard Code: 60469 Format: Paperback / 208 pages Publication date: 06/02/2021 Availability: Available. Usually dispatched from UK 1-2 business days Price: AU $49.95
This book describes seven branch lines which climbed into the mountain ranges that span the length and breadth of the countries of India and Pakistan. Some - like the Darjeeling Himalayan - are well known, but others - like the Zhob Valley, Khyber Pass and Kangra Valley lines - are less so. Several of these railways were also the last bastions of steam operation in the sub-continent. Unsurprisingly, as hill railways, most of them reached remarkable heights, many using ingenious feats of engineering to assist their climb into seemingly impenetrable terrain. These lines served diverse locations, each with its own characteristics, from the hostile territories of the North-West Frontier, along the spectacular foothills of the Himalayas, skirting the Western Ghats of the Deccan down to the gentle rolling landscape of the Nilgiris, or Blue Hills, of South India. The book gives the histories of the seven hill railways including summaries of their operations and routes. Maps and gradient charts for all seven railway lines are given as well as listings of the locomotives operating the hill railways. AUTHOR: Richard Wallace was born in Hawkhurst, Kent in 1951. He led a career in transport spanning forty-five years, working on both buses and railways, finishing as European Policy Manager for Britain's passenger train operators. Although now retired he still drives buses and coaches, both commercially and for museums. Managing an offshore scheduling project for the London Underground took him to India in 1989; the magic of the country and its people enticed him back and he has never stopped travelling there, widening his journeys to include Pakistan. He has been lucky enough to ride most of the lines covered in this book. Richard holds a Master's degree in Transport Policy and is a Fellow of the Chartered Institute of Transport. 298 colour photographs
Format: Paperback
Pages: 208
Illustration: COLOUR SECTION(S)
Availability: Available. Usually dispatched from UK 1-2 business days
Publisher: THE CROWOOD PRESS LTD
Publication date: 06/02/2021
Country of publication: UNITED KINGDOM
Weight: 578 g
Dimensions: 246.00mm X 189.00mm
Code: 60469