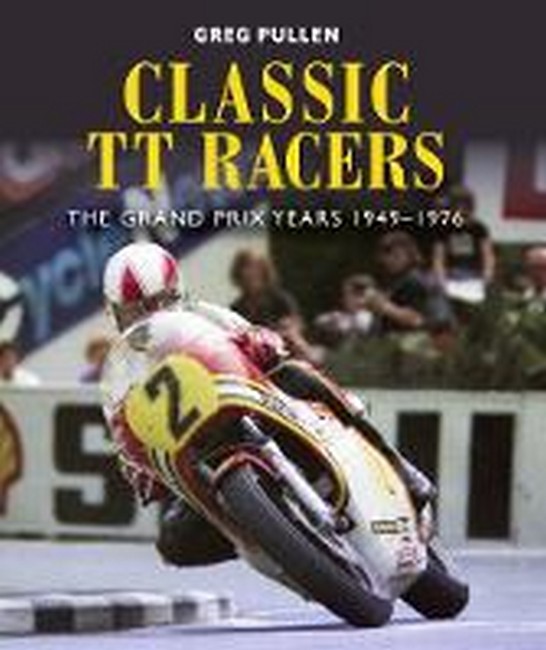 At 10 oclock on the twenty-eighth of May 1907 the first Isle of Man Tourist Trophy motorcycle road race began. The riders pushed off on their 500cc single cylinder bikes and ten laps and 158 miles later, Charlie Collier aboard a Matchless would be declared the victor. This book is a history and celebration of the bikes of those early years of the TT races. It covers the events and personalities that led to the creation of the race and its challenging course; the early success of the British motorcycle manufacturers: Norton, Velocette, AJS and Matchless and their riders. The origins of the Italian Fours: Gilera and MV Agusta Quattro are covered and the influence and reign of the Japanese manufacturers too are covered: Honda, Yamaha, Kawasaki and Suzuki. There are also details of the technical developments that enabled the bikes to conquer the mountain course with world-record beating times.

Greg Pullen trained and enjoyed a career as a chartered surveyor, finally retiring as a Fellow in 2009 to pursue his interest in motorcycles and writing. His lifelong love affair with two wheels began in the era of the sports moped and Barry Sheene, growing up in rural Wiltshire during the long, hot summers of the 1970s. Greg has written for many magazines including Classic Bike, Classic Bike Guide, alongside his own publication, Benzina. He is also the author of four other books for Crowood on Ducati Desmodue, Moto Guzzi, The A-Z of Italian Motorcycles and Honda V4s, as well as his self-published Ducati and the TT.