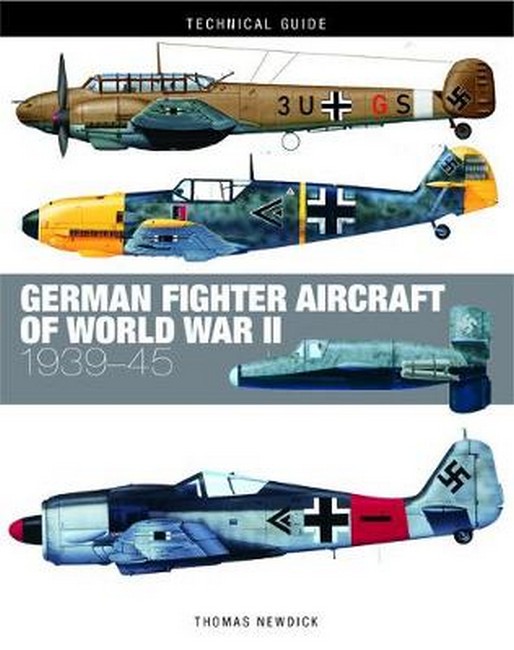 Arranged by type, German Fighter Aircraft of World War II offers a highly illustrated guide to the most important fighters used by the Luftwaffe during the conflict. It features such classics as the Messerschmitt Bf 109 and Bf 110, the Heinkel He 100D-1 and the Focke-Wulf Fw 187 and Fw 190, as well as curiosities such as the Arado Ar 68F-1, Henschel Hs 123 and Heinkel He 51B biplanes. Late war innovations, such as the jet and rocket powered Me 262, Me 163 and Heinkel He 162, are also included. Most types are represented in numerous variants and with examples drawn from different theatres of the war. The book includes all the major fighters that served in the invasion of Poland, the defeat of France, the Battle of Britain, Operation Barbarossa, the war in the Mediterranean, the fighting on the Eastern Front and the Defence of the Reich. Each featured profile includes authentic markings and colour schemes, while every separate model is accompanied by detailed specifications. Packed with 110 full-colour artworks, German Fighter Aircraft of World War II is a key reference guide for military modellers and World War II enthusiasts.

Thomas Newdick is an aviation and defence writer and editor. He is author of The Essential Aircraft Identification Guide: Modern Military Airpower 1990-Present, The Worlds Greatest Military Aircraft and Technical Guide: Japanese Aircraft of World War II. He is the editor of Air Forces Monthly and a regular contributor to Combat Aircraft and Aircraft Illustrated magazines.