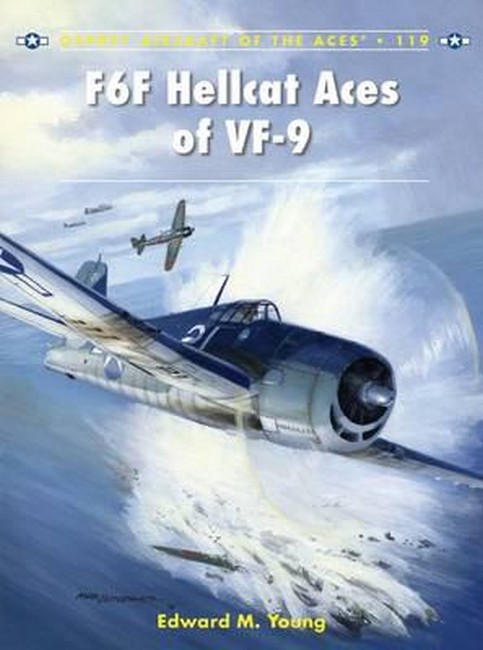 by Young Code: 31888 Format: Paperback / 96 pages Publication date: 06/03/2014 Availability: In Stock. Usually dispatched same business day from Sydney, Australia Price: AU $22.49 (was AU $29.99) You save AU $7.50
VF-9 was activated in March 1942 as part of Carrier Air Group (CAG) 9, one of the many air groups the US Navy was hurriedly forming in the aftermath of the Japanese attack on Pearl Harbor. Equipped with Grumman F4F Wildcats, VF-9 first saw combat during the Allied invasion of North Africa in November 1942, where the squadron engaged Vichy French fighters over Morocco. Returning to the United States, VF-9 became one of the first squadrons to receive the Grumman F6F Hellcat and to deploy on the USS Essex, the first of its class of fleet carriers that would form the backbone of the US Navy's Fast Carrier Task Force. VF-9, the Hellcat, and the Essex all entered combat in the fall of 1943. In the hands of the squadron's pilots, and with other Navy fighter squadrons, the Hellcat proved superior to the Imperial Japanese Navy's A6M Zero, which had heretofore been the world's premier carrier fighter plane.
Format: Paperback
Pages: 96
Illustration: B&W THROUGHOUT
Availability: In Stock. Usually dispatched same business day from Sydney, Australia
Publisher: OSPREY
Publication date: 06/03/2014
Country of publication: UNITED KINGDOM
Weight: 314 g
Dimensions: 248mm X 184mm
Code: 31888